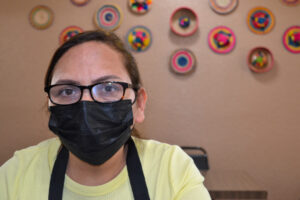 Virtual Reality is Booming Across All Industries SAN MARCOS, TX- Imagine sliding on a headset and transporting to another reality, a virtual reality. While the user is physically in an empty room, they can interact with their environment and engross themselves in another world. Many associate the software with Hollywood movies such as Ready Player One or one […]

Swing On The Square

Audio Story by Jessy Garza For more information, see the website at http://www.smtxswingfest.com