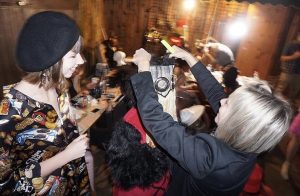 For years, there’s been a negative stigma surrounding the title of exotic dancer or stripper. This past month, Kaitlin Stubbs did research, and Tyra Arias interviewed a former dancer to get to the bottom of the stigma. An audio report on the stigma of strippers from current stripper Bayley Bogus, by Tyra Arias   An […]

How people are attending the gym during a worldwide pandemic

by Karen Valencia These are changing times due to the pandemic that is currently happening. Many restaurants and shops have closed in Austin because of it including gyms. Virtually everyone was starting isolate themselves to stay safe and keep from spreading the virus around.  Until recently many businesses have started opening up and allowing a […]