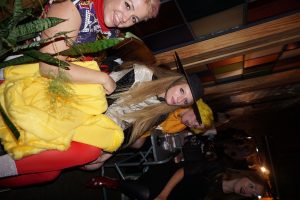 When a new company took over management of a San Marcos apartment complex, some residents briefly faced sudden, high water bills. The problem has been resolved and residents won’t have to pay the bills. Students discuss the initial shock. Video story by Skylar Whinery

Photo Gallery: Making the most out of staying home during COVID-19

By Liliana Perez HARLINGEN — Social distancing and staying home may be dull and uneventful at times, but in those times we can make the most out the simplicity that still exists. Because most of the U.S. is being urged to stay home, including Texas, many have left the streets in favor of (bed) sheets. […]