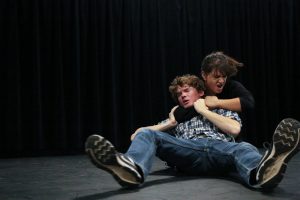 The City of San Marcos held its annual Veterans Day Parade Saturday, November 10th at 10am in Downtown San Marcos. The community came together decked out in red, white, and blue to support the veterans. The parade featured veterans groups, military organizations, drill teams, and bands. Video Story by Carlie Tuiasosopo Photo story by Katie […]

Breakfast is Served: School Meal Data and the Covid-19 Response

VANNELLA, MAIRI – Earlier this week, Texas Governor Greg Abbot outlined procedures for the state to move forward in the midst of the Covid-19 pandemic. While the details involved the gradual reopening of select parks and shopping centers, one of the most notable announcements was a confirmation of school closures being effective for the remainder […]