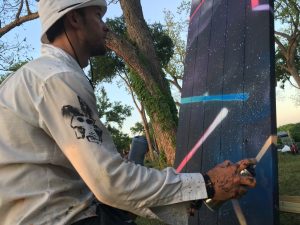 An Essential Grocery Store Worker Shares Their Experience, Hopes And Fears During The COVID-19 Pandemic

Jennifer S. works at two separate H.E.B. stores in central and West Texas. She was overwhelmed with the changes at both her university and her store during the mid-way point of the month of March. She was working at the start of the panic buying that impacted the H.E.B. store in San Angelo. This audio […]

When the mandatory mask mandate was lifted across Texas, it left hundreds of businesses to decide to keep the mask up policy or go back to life before Coronavirus. Many of these businesses had their own agenda behind keeping the masks up that did not involve the safety of others.  On March 2nd, Governor Greg […]