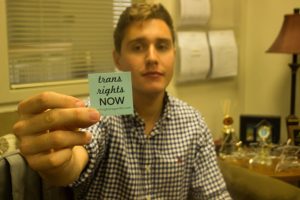 By: Ashley Garcia The clown epidemic happening nationwide has made its way to San Marcos, and some students are waiting for the clown hype to simmer down. People dressed in clown costumes have been spotted in several states across the country scaring individuals, as well as threatening people through social media. Parker Deck, a sophomore […]

By: Mia Rodriguez After an executive order was made by Texas Governor, Greg Abbott, the mask mandate everywhere in Texas was officially lifted, March 2nd, 2021. A lot of Texans were confused and alarmed, not knowing if people will be able to keep safe with the new order. The lift raised concern on the topic of safety in the work environment, especially […]

By Christopher Green SAN MARCOS, Texas — San Marcos City Council has begun the process of working with local nonprofit organizations in allocating funds to help with needs of the homeless in Hays County. The city council recently was granted $400,000 from the American Rescue Plan to implement transitional housing efforts. The council will work […]