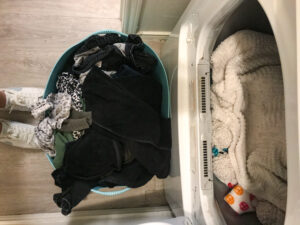 Nonessential workers are doing what they can to get by

By Belle Rushing HOUSTON— From feeding animals, mucking stalls and trimming hooves, Codie Snelson continues to work despite this time of social distancing. Snelson says that although she is considered nonessential, her work as a barn manager is. As a barn manager for a couple of elderly clients who can’t take care of their four […]

by Roman Ysaguirre In early March, college campuses across the United States responded to the coronavirus pandemic by canceling club meetings, sporting events and in person class sessions. Texas State University responded within the same time frame. With rapidly updating information, it can become disorientating and overwhelming. This video serves as a reminder of the […]