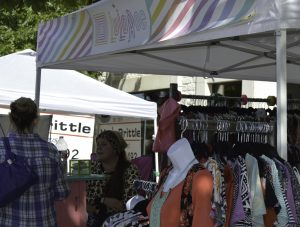 Article and photos by Blayne Turner Austin, TX – It was a picture-perfect fall morning at the Long Center, just south of the Colorado River from downtown Austin. The sky was clear, the temperature was chilly and the streets and green areas were filled with throngs of people stretching, pinning on numbered bibs or just […]

Couple works together in quarantine

by Madison Ratcliff While many couples are experiencing the highs and lows of working from home with their partners for the first time, Michael and Melissa Ratcliff have already gotten the hang of it. Since the quarantine went into effect in March due to coronavirus, employees have transitioned to online work from their homes. For […]