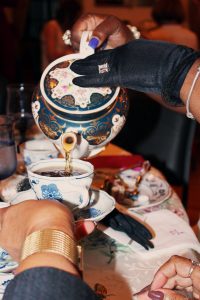 While still in preseason training, the Texas State University’s Track and Field program go through the process of receiving treatment, doing there routined warm-up, grass workout, and ending practice with a cool down. The team has been efficient as they have been adapting to the unexpected change in the coaching staff. The newest staff is […]

How Two COVID-19 Patients Felt Before And After Getting Vaccinated

In early March, the Governor of Texas Greg Abbott opened the state to 100%. Since opening up the state, the state of Texas has seen an increase in COVID-19 cases. Many Texans are worried about getting any of the three vaccines after the Johnson & Johnson vaccine was put on hold. The three vaccines are […]

Video produced by Jennifer Alvord Costumes for a cause By Daniella Navarro SAN MARCOS— The PAWS Animal Shelter and residents of San Marcos supported the animals of Central Texas by attending Pet Fest on a Saturday in the fall. The festival, a free event full of booths and activities for both humans and their pets, […]