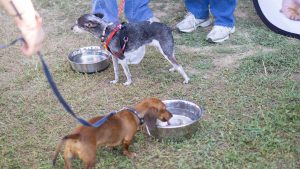 By Timia Cobb Tacos, friends and barely any money, those are the best nights. I spent every weekend for the last two months with my friends Haley Guillory and Chase Canter exploring the taco shops of San Marcos, Texas. We started with Cheops and fell in love with many other restaurants we visited along the […]

Life Of International Students While Studying At Texas State