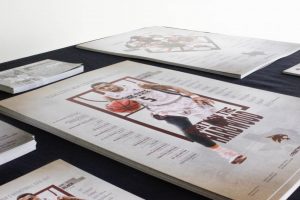 Texas State’s student-run newspaper, The University Star, named Jakob Rodriguez as its 2019-20 editor in chief. His first paper in that position will come out later this summer. Video story by Sawyer Click.

By Soraya Herbert In a world of visuals, women tend to feel that they aren’t what they should be. Sephora helps to not only sell skincare and makeup products, but the employees help to teach clients about how to enhance the beauty they already have.   Audio story by Ashley Garcia