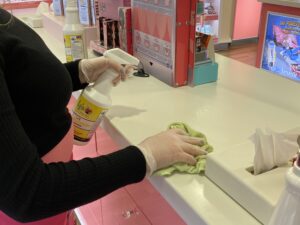 Peddling into the Endzone!

Article by Tommy Moriarty Walking up to the San Marcos public library, the sound of music, provided by Chief and the Doomsday Device, catches my attention first. “Electric Feel” by MGMT ends as “Whip It” by Devo begins. Walking closer, the sound of the crowd mixes in. Similar to the music, the crowd is also […]