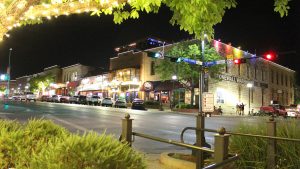 By Ruby Castaneda  Texas State’s dining system, Chartwells catering, made changes to meal trade options on campus which resulted in inflation of prices. Based on the voiced opinions of the students, resident district manager, Chin-Hong Chua takes a turn for a change.  Every year for the past three years marketing director for Chartwells dining system, […]

The Hitch located off 312 E Hopkins St in San Marcos is a mobile eatery which includes many different dining options from bbq and burgers, to greek food, and chicken and waffles. Some food trucks include St. Pita’s, Wanderlust, Smoked out BBQ, and Dreamland. Although the Hitch is here to stay, some owners say its difficult […]