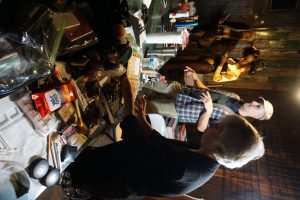 By: Ashley Garcia SAN MARCOS— The end of another semester is near and students are spending hours in the library, drinking countless cups of coffee and pulling all-nighters in preparation for final exams. Jamileth Ortega, a junior political science major is feeling the stress of deadlines and exams before she approaches final exam week. “I […]