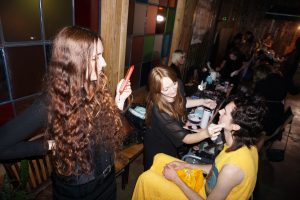 For two weekends out of April, San Antonio becomes overrun by Fiesta. This year, however, marks an especially unique experience due to San Antonio’s tricentennial. Among the chaos is an event called “Market Square”. An occasion in which an entire street in San Antonio shuts down for the love of culture and celebration. As well, San […]