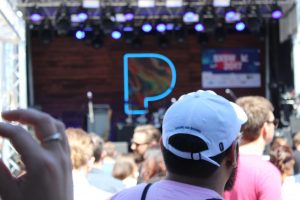 Back from the Borderland: Dr. K’s visit to El Paso

This is a collection of multimedia work captured and produced by Kelly Kaufhold Saturday, June 2 through Monday, June 4, 2018, when he was a student in the Dow Jones Fund Multimedia Training Academy. Saturday, students visited an art and farmer’s market; Sunday, the annual 53rd annual Feast of the Middle East; and Monday, our […]

The people of the community gathered this past Saturday, October 19 to celebrate the seventeenth annual PALS. The event was held at The San Marcos Plaza by Prevent a Litter of Central Texas or PALS. PALS mission is to assist local shelters with pet adoptions and local rescue groups, and to promote positive (or accountable) […]