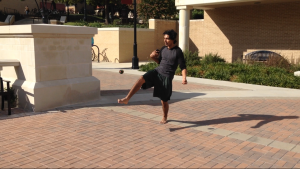 While still in preseason training, the Texas State University’s Track and Field program go through the process of receiving treatment, doing there routined warm-up, grass workout, and ending practice with a cool down. The team has been efficient as they have been adapting to the unexpected change in the coaching staff. The newest staff is […]