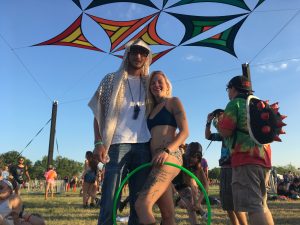 By Yvette Romero Although 2020 was an isolated year for many due to unemployment, quarantine, and an unexpected woeful wave of deaths. One unfortunate already big internet phenomenon flourished to an even bigger degree: non-consensual pornography.  Due to many government ordinances around the world people could not gather in massive amounts of crowds at just […]

I interviewed my mom Stacey Aguirre, my sister Jillian Aguirre, and my friend Emily Keithly on how they all saved money in college. Each had one thing in common even though they all went to college at different times, listen to find out how to save!

Buzz in The Hills shows off its Local Buzz

Buzz in the Hills, a bee keeping consultation based in San Marcos, Texas, will begin selling beeswax based products at Cornucopia, San Marcos starting December 2. The move from the hive to the store has been a hectic journey for Buzz in the Hills founders Cody Hughes and Lexi Nutters, who’ve begun backyard beekeeping in […]