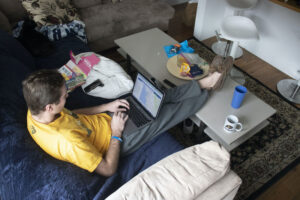 by Jorge Vargas Since the pandemic occurred, many safety regulations have been set in place to keep residents of San Marcos safe. This means practicing self-distancing and only going out for necessary things outside. This hasn’t been easy for one of Texas State’s students, Ashley Garza, majoring in English. Ashley lives with three other roommates […]