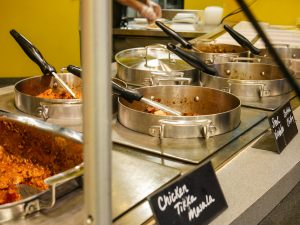 Music during a pandemic

By Karen Valencia During the last couple of months there has been a large influx of music coming to multiple streaming and music-selling platforms. This can be a huge risk to take during this time because of COVID-19. Due to the pandemic many artists have taken a huge hit in album sales, and a big […]

Texas Power Plants Flew at Half Mast During Ice Storm

The major ice storm that slammed Texas the week of Valentine’s Day was devastating to everyone, no matter their age, social standing or tax bracket. Every single Texan was at the mercy of the numerous failed power plants of all kinds across the state. As citizens, who were initially told that they would be experiencing […]

SAN MARCOS- Texas is one of the last few states in the United States to have marijuana completely outlawed besides CBD products. However, that does not stop the mission of a local San Marcos organization, Mano Amiga, from trying to decriminalize marijuana. Elle Cross, the campaign manager for decriminalizing marijuana with Mano Amiga, became involved […]