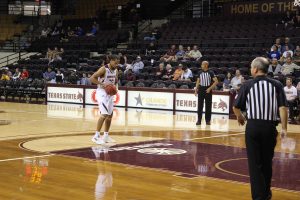 Fitness and wellness instructors reflect on pandemic and look ahead to return to normal By Sarah Hernandez SAN MARCOS, Texas – A little over a year after the Student Recreation Center (SRC) was forced to close its doors, personal trainers are looking back on adjustments they had to make and are looking ahead to a […]