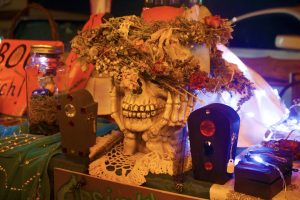 Bobcat Blend and Their Composting Initiative

By Hannah Dunham The Bobcat Blend is a student run organization that works to reduce food waste on campus at Texas State University in San Marcos. The organizations website defines composting as “as a mixture of various organic substances (materials), in which the natural decaying of organic matter occurs through the biological process wherein microorganisms […]