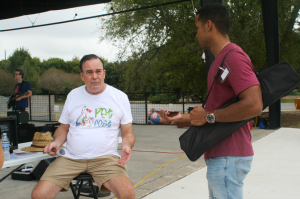 Texas State’s student-run newspaper, The University Star, named Jakob Rodriguez as its 2019-20 editor in chief. His first paper in that position will come out later this summer. Video story by Sawyer Click.