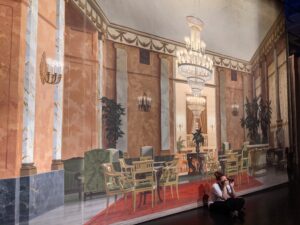 The Seth Shaw Quintet performed last Saturday, November 16th, 2019, at Industry Bar and Restaurant in San Marcos, Texas. The band’s origins are tied to central Texas, with the group meeting at the private college, Texas Lutheran University. The group has a rotation of members and brings back an old-timey feel to a modern audience. […]