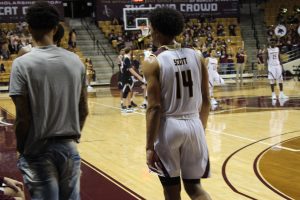 Breakfast is Served: School Meal Data and the Covid-19 Response

VANNELLA, MAIRI – Earlier this week, Texas Governor Greg Abbot outlined procedures for the state to move forward in the midst of the Covid-19 pandemic. While the details involved the gradual reopening of select parks and shopping centers, one of the most notable announcements was a confirmation of school closures being effective for the remainder […]