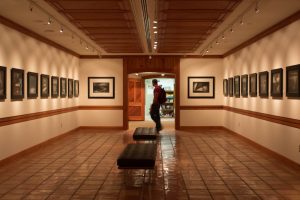 “A Very Vibrant Community”: On the Austin Film Community in the Time of COVID-19

Though the COVID-19 pandemic halted Austin’s film industry, it is slowly being restored to the way it was before the pandemic. However, this restoration was not thought to be viable at the beginning of the pandemic. Its progression of over the past year has shown that filmmakers, and the theaters that show their work, were not faring […]