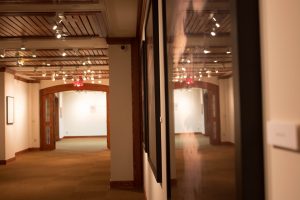 Changing the Landscape: Diversity and Inclusion in Texas State Theatre

By Lauren Jurgemeyerlauren.p.jurgemeyer@gmail.com@laurenpjurge8 SAN MARCOS, Texas— Texas State University’s theatre department has embraced diversity and increased inclusivity over the past decade to create ample opportunities for its current and incoming students. According to the department’s 2017 enrollment records, a total of 627 students were enrolled in the theatre department out of the total 38,666 students enrolled […]

The Easter Festival took place on April 16, 2017. This event is hosted by Omega Delta Phi ever year, and this year was the 15th year. This festival provides free food, free activities, and free prizes to anyone in the San Marcos community. Many volunteers consist of students from organizations at Texas State University.