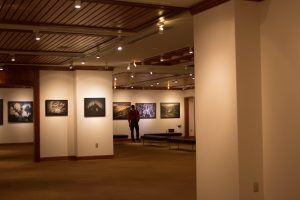 How Dyeing Textiles With Plants Is Making Fashion More Sustainable

Melissa Hargus, CEO and Creative Director of Soul Studio an ethically made natural dyed clothing store said that her family has always been eco-conscious, and added that when they found out how horrible synthetic dyes are they made the switch to natural dyes. Now, four years later, dyeing with plants is their full-time job, and […]

Photo slideshow by Atkyn Garza Video story by Marcus Fowler Photo essay by Errin Phou It’s Multicultural Greek Week at Texas State University. A few sororities and fraternities have pitched their tents out on the quad. Members of Alpha Delta Pi are out on campus to promote their philanthropy, the Ronald McDonald Foundation. Audio story […]