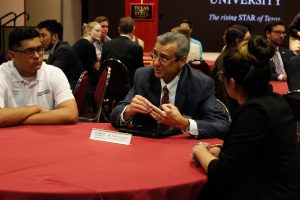 THE TRUTH ABOUT COLLEGE ALCOHOL CONSUMPTION

The dangers of college drinking is widely overlooked even in today’s socially aware climate.Many of which are caused by factors that are as obvious as daylight. However, the question remains as to why it continues to steadily be so popular. Is it because it is good for business? Is it due to the sociological desire […]

Arcades in the Modern Day

I took a trip to the Texas Gamers Lounge in New Braunfels, Texas and had so much fun! Take a listen to my experience trying new games and talking to fellow gamers. Audio story by Sloan Shearer Photo gallery by Madison Baker Photo gallery by Kaylin King