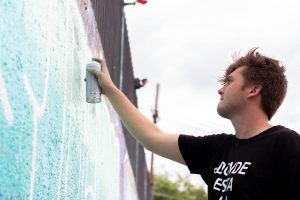 Print article by Ryan Madden Alcohol and good times seem to go together at Wurstfest, a 10-day long German Oktoberfest-style festival held in New Braunfels each year. Massive beer pitchers filled with everything from German craft beers to good old Bud Light, turkey legs as big as your forearm, sausage on a stick that barely […]