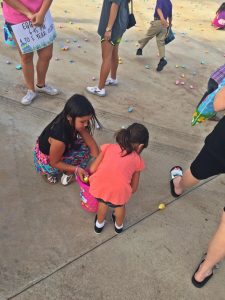 This isn’t your typical class at Texas State; there aren’t any desks, slideshows or textbooks. However, there are passionate students who want to learn how to safely fight for stage and film. Toby Minor, the Stage Combat instructor for the Department of Theatre and Dance at Texas State, teaches students the art and choreography that […]

by Marissa Martinez NEW YORK – From the Vessel to established companies to colored neon signs in Times Square, New York City attracts more than 65 million visitors per year, but the city has largely been abandoned due to the coronavirus. The pandemic is halting the nation’s largest city as New York has more than […]