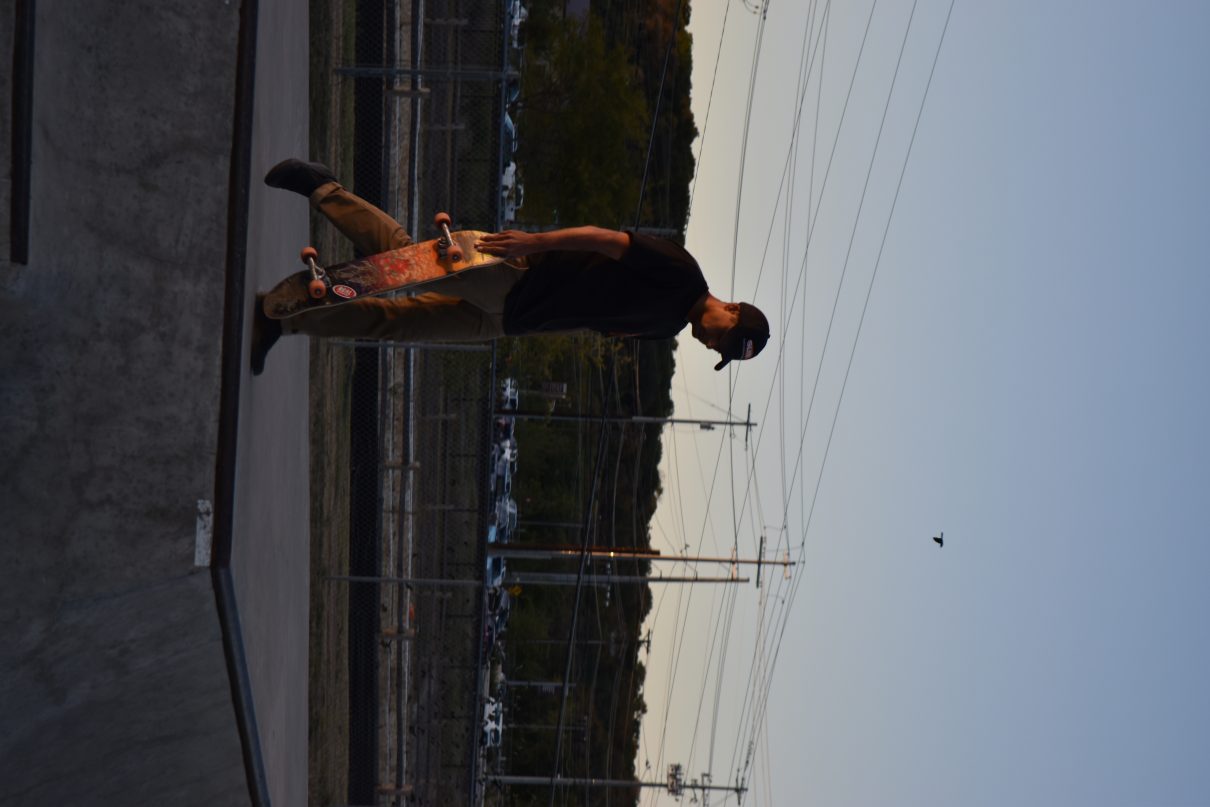 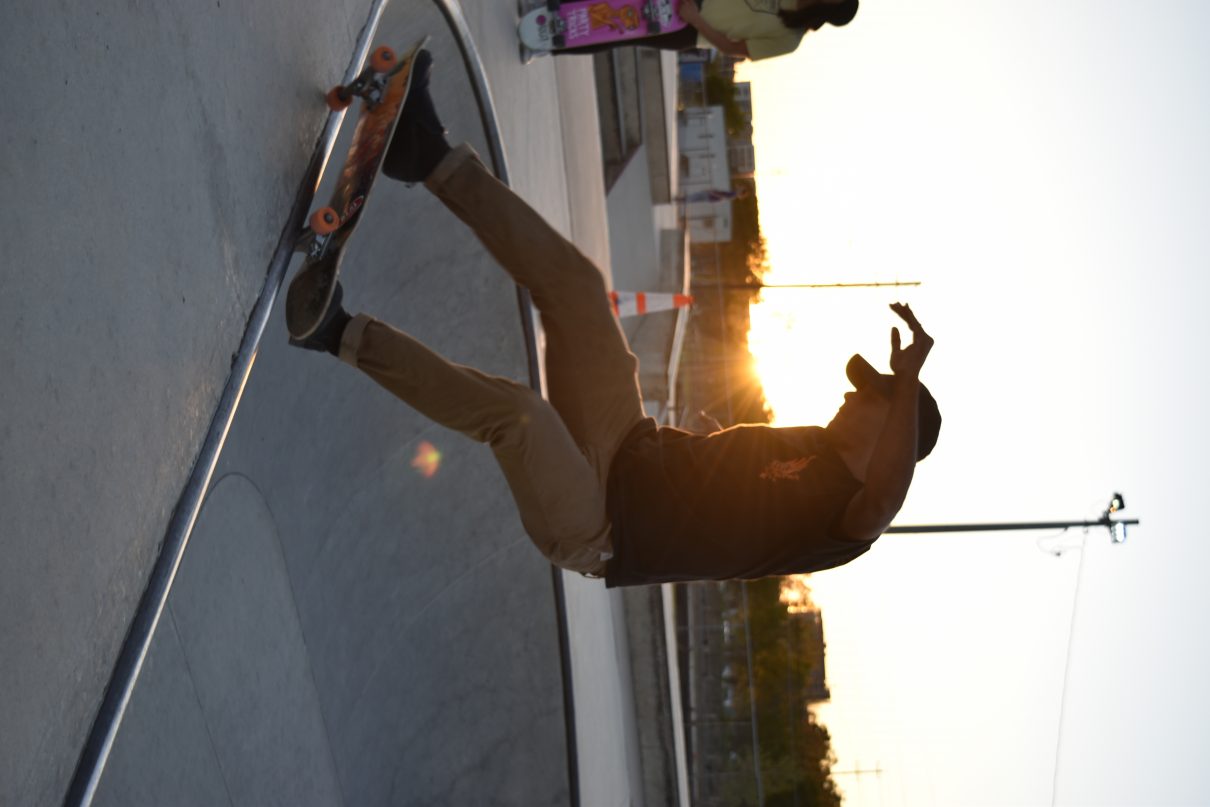 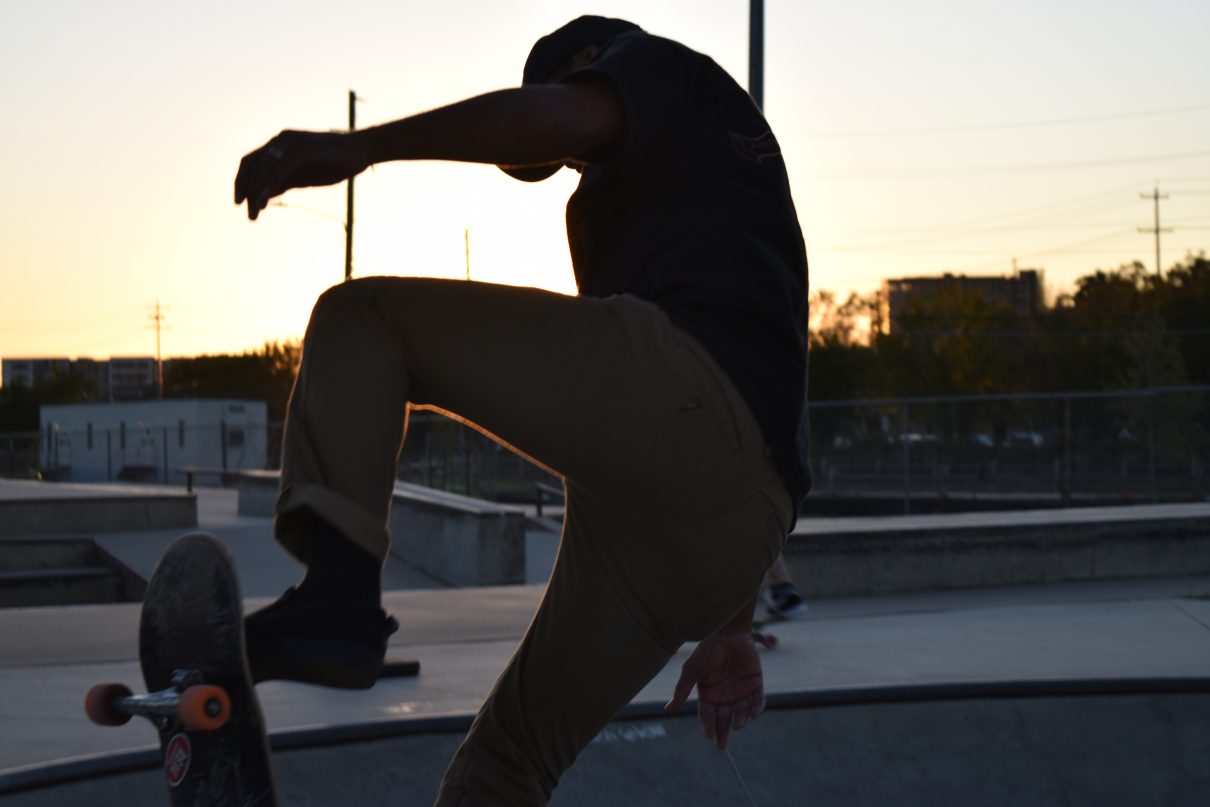 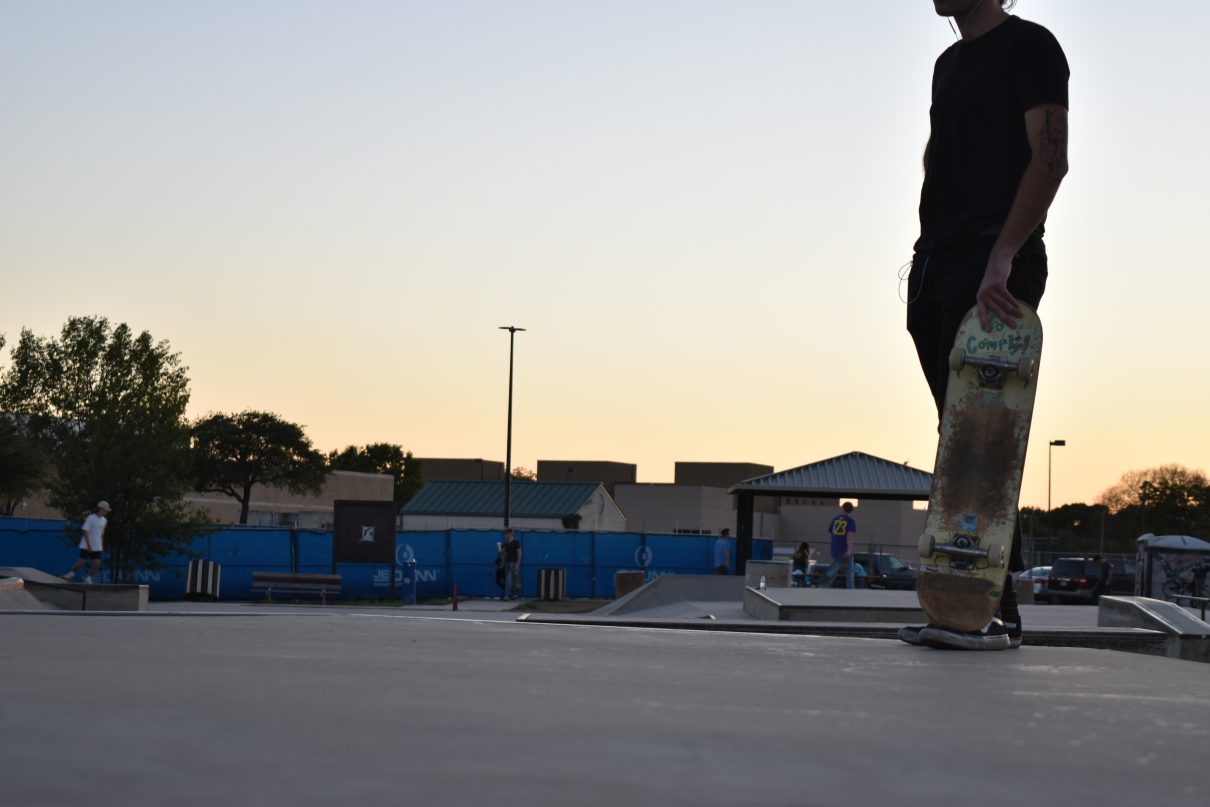 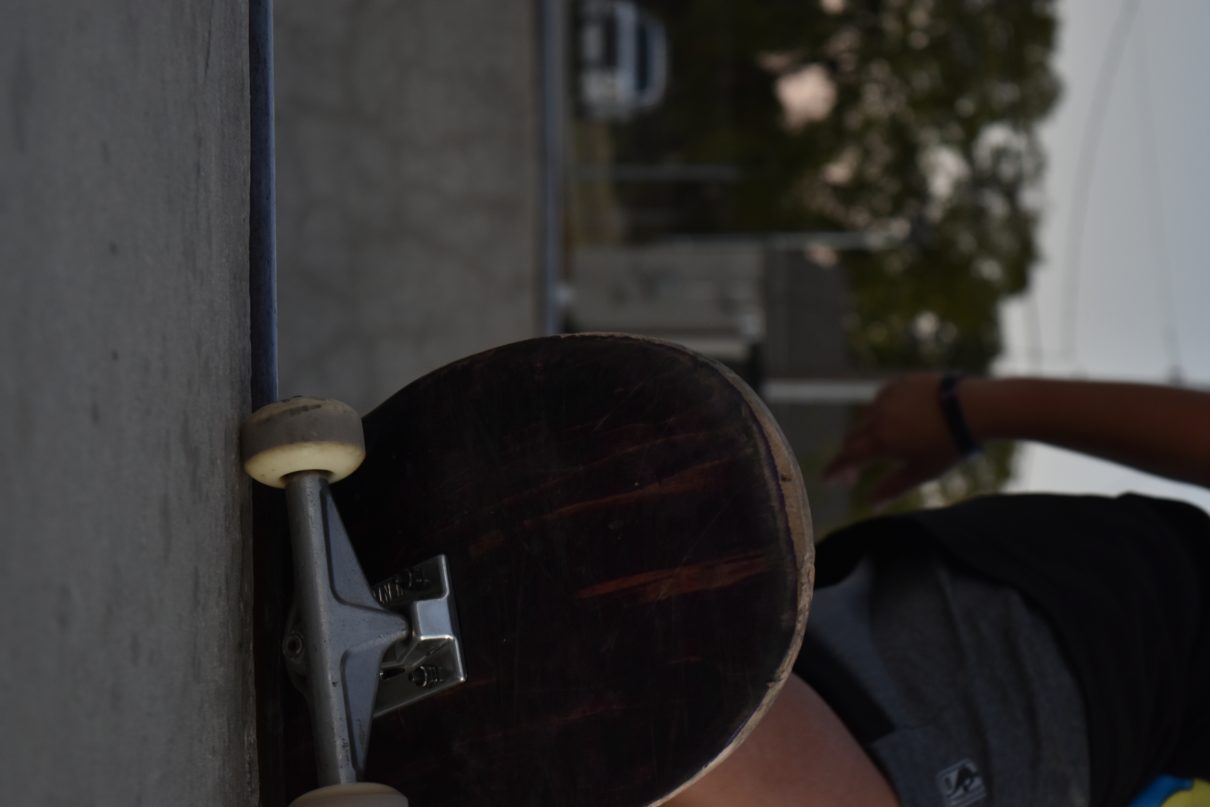 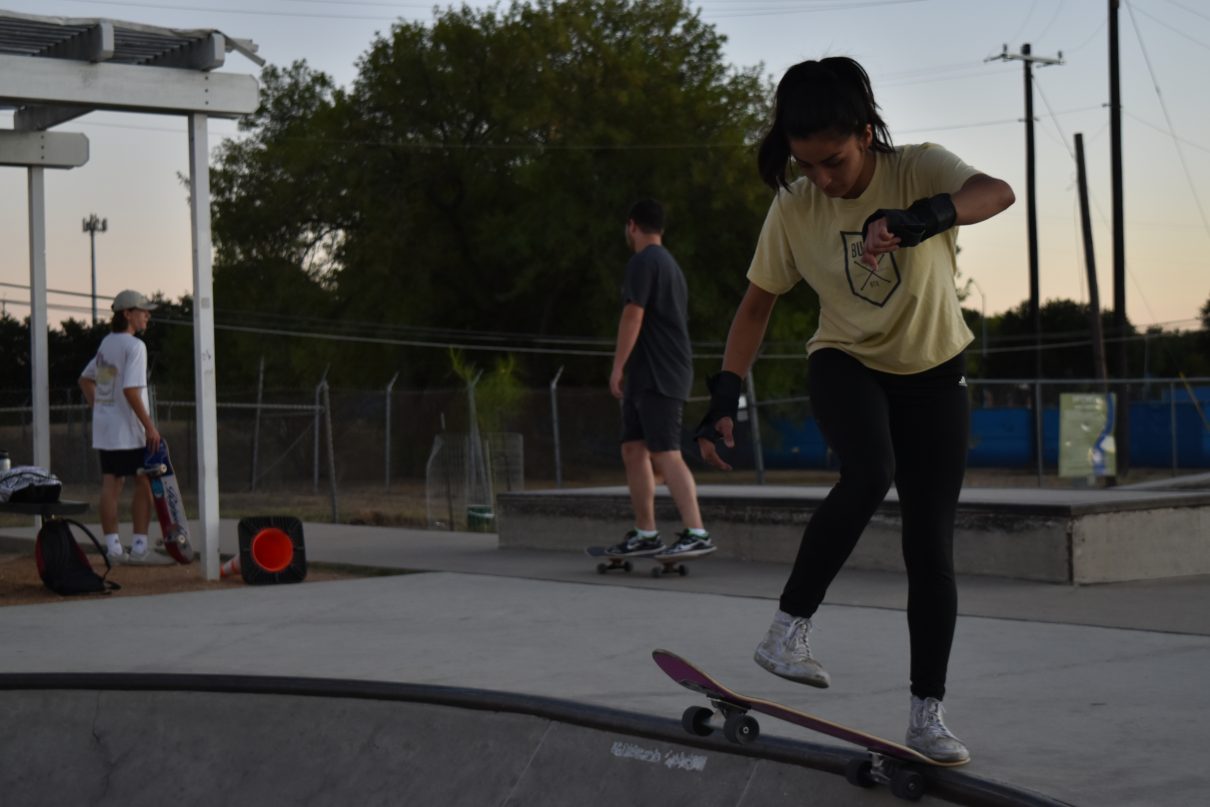 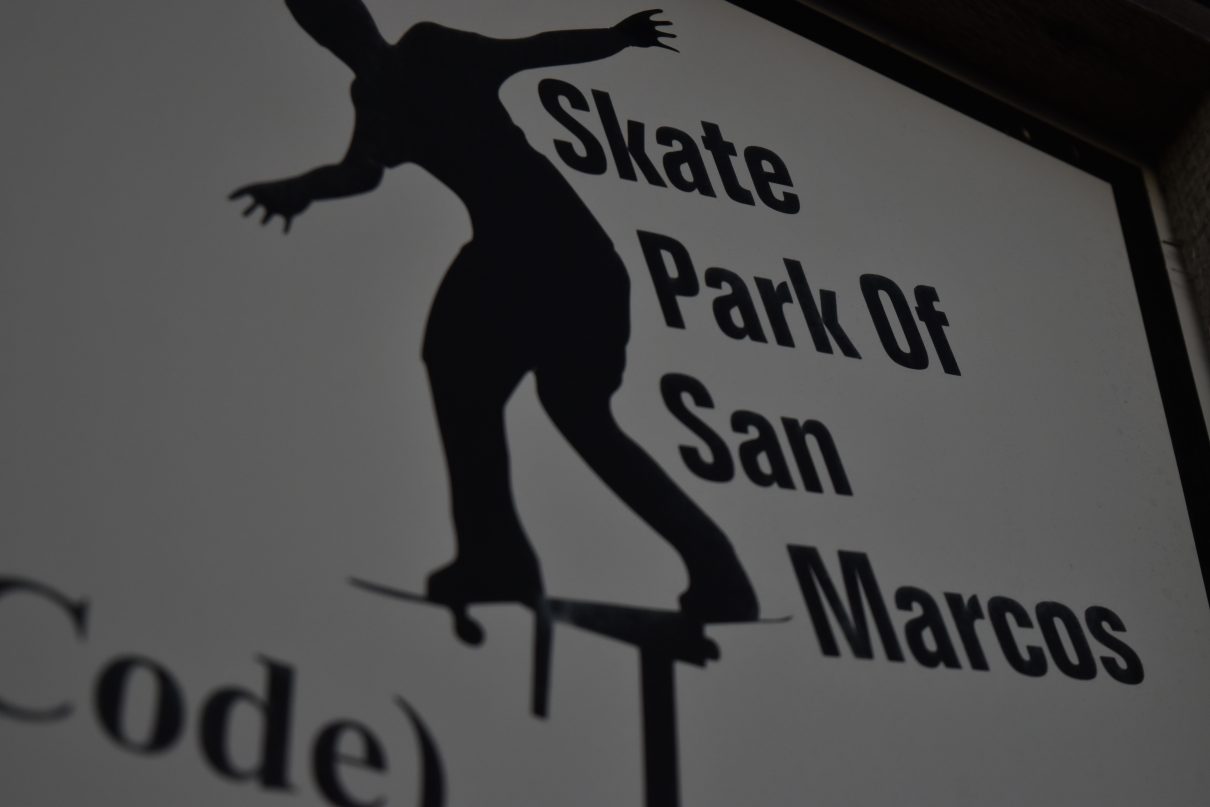 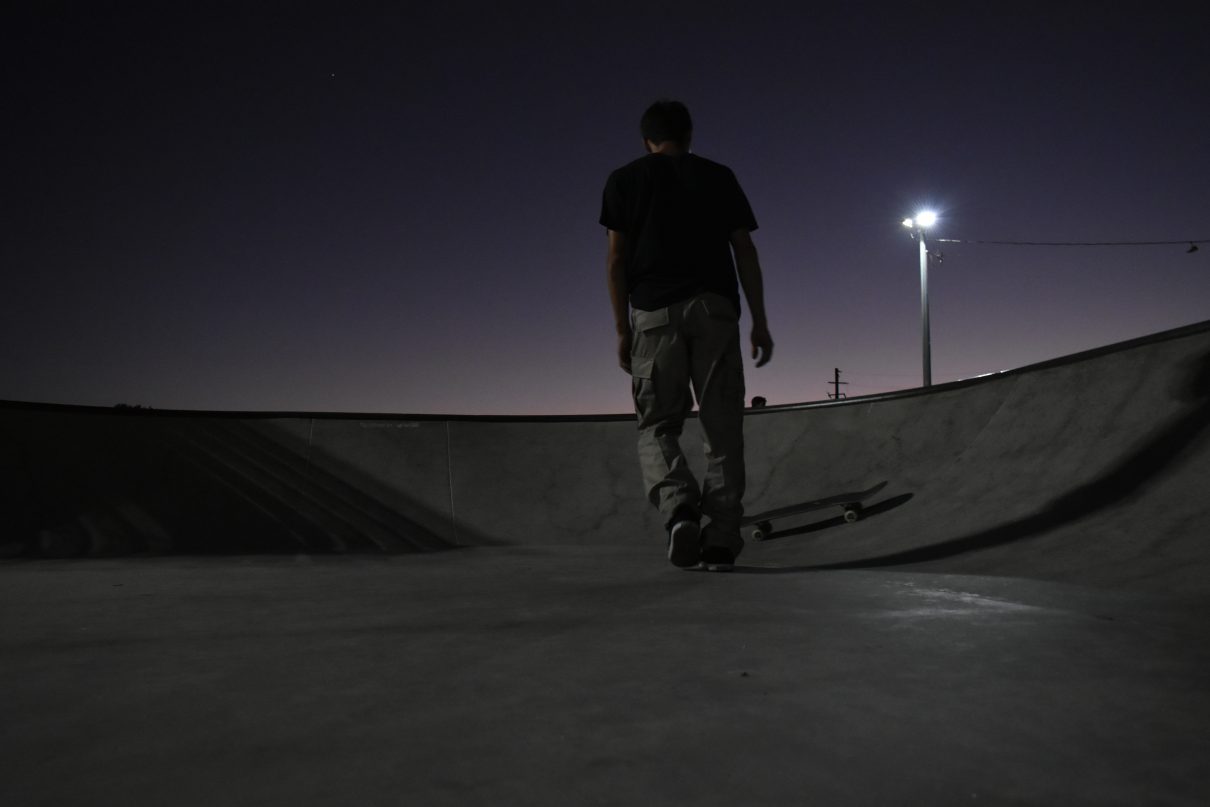 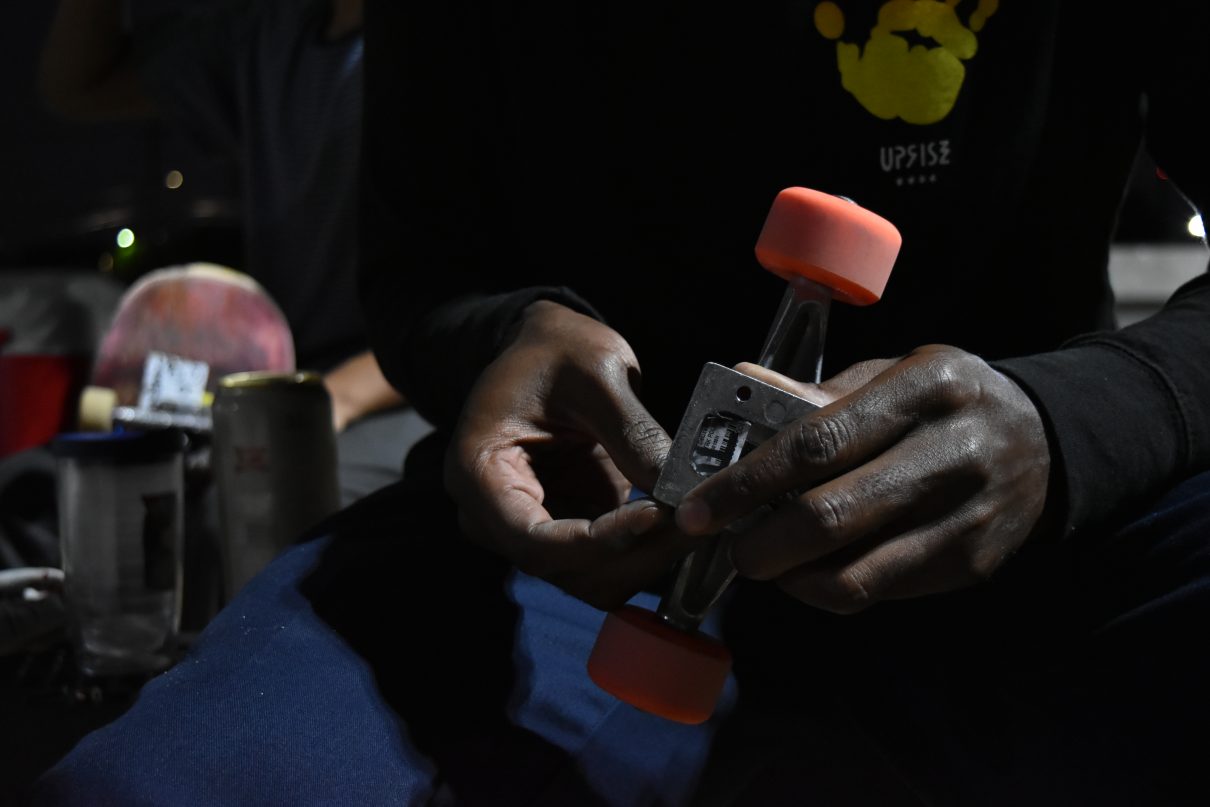 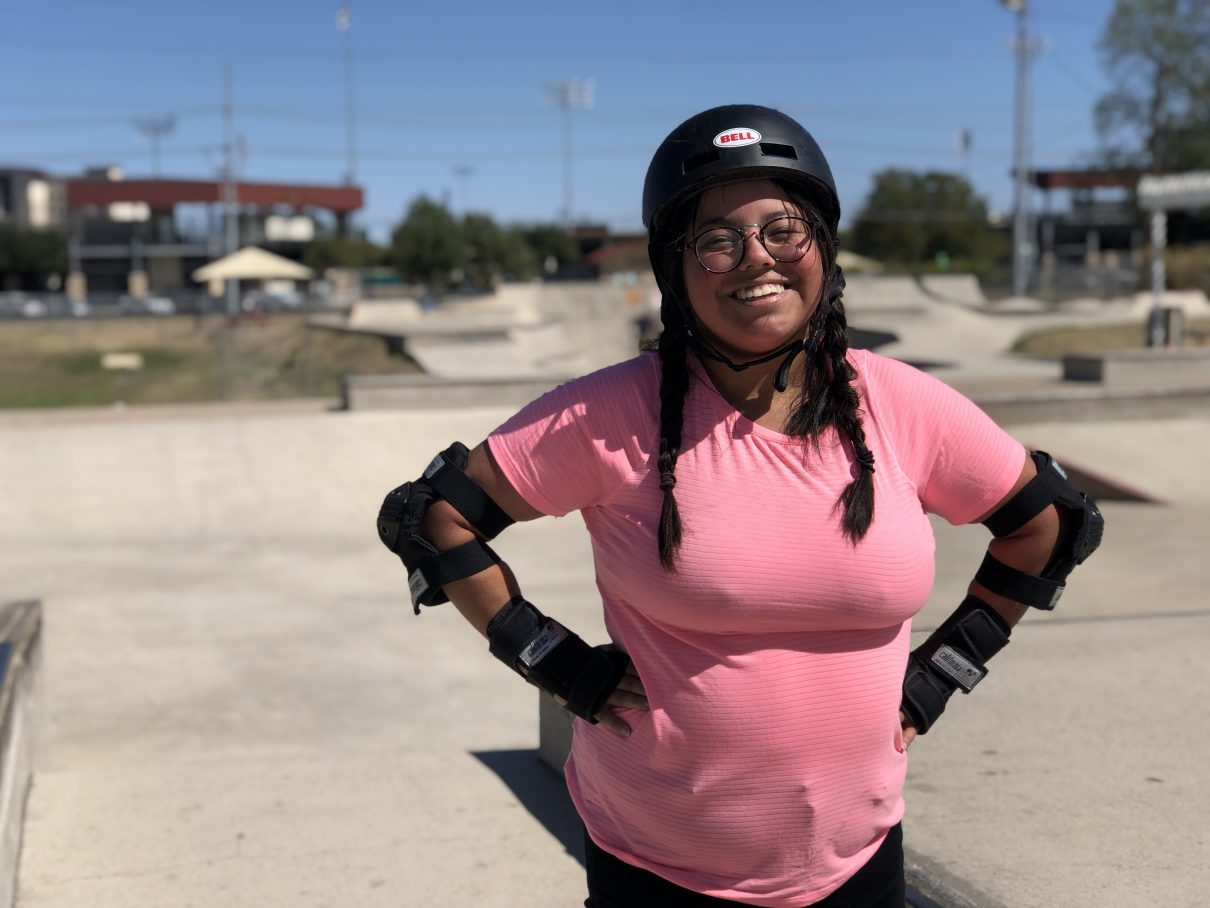 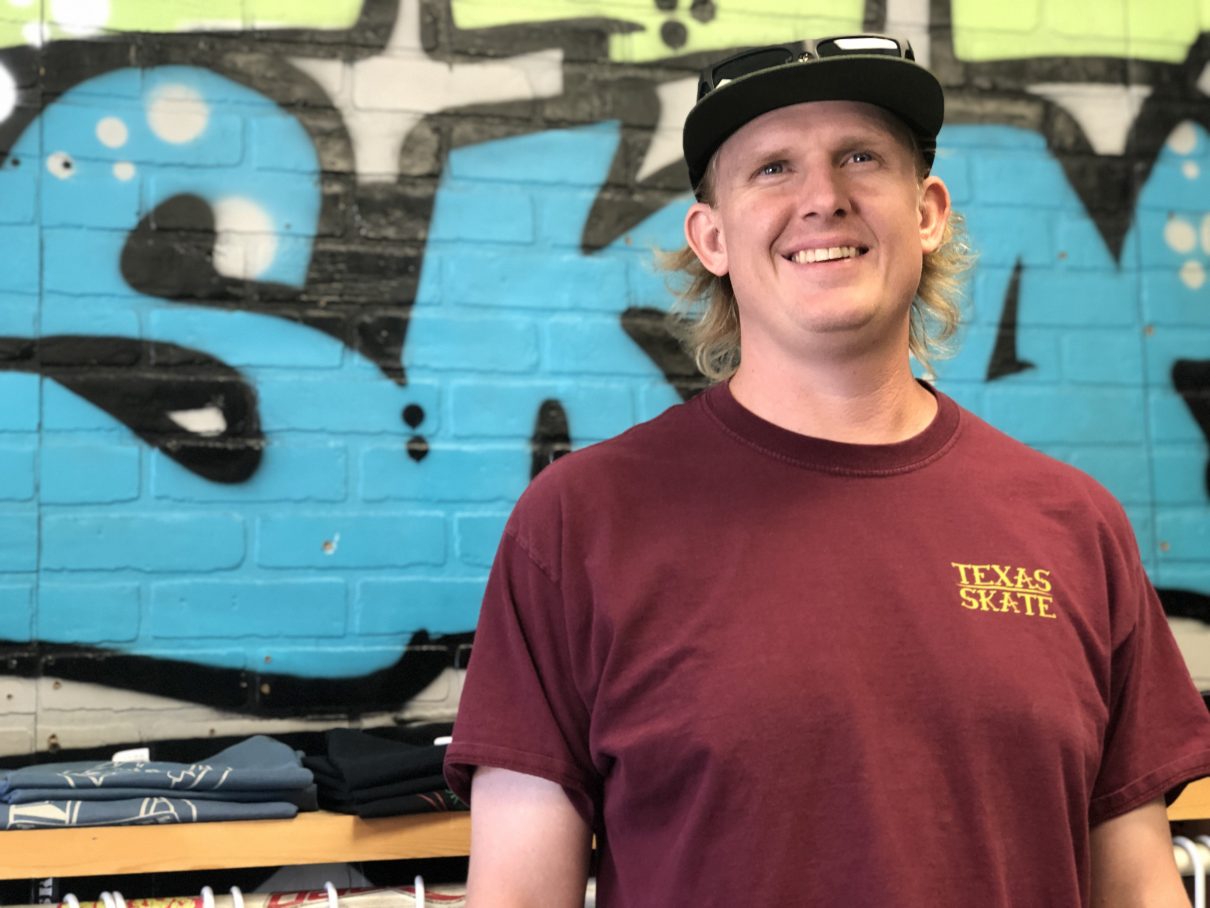 Andy Vasquez scopes out a place to drop into the bowl.
Taking a risk by grinding on the tall end of the bowl, Andy Vasquez is committed the trick.
Just as the sun sets, Andy Vasquez is teaching his son Isiah how to skate.
A skater takes a rest after spending hours sharpening his kickflip.
Planting the board firmly on the rim of the park’s largest bowl, a young skater is looking to prove himself to the older crowd.
The only skate park in San Marcos was created years ago with some resistance but was ultimately a win-win for both lovers and haters of skating.
Frustrated, a skater takes a long walk to retrieve his board following a failed run in the bowl.
Truck tension is key to the comfort of every skater.
A mom of one, Christina Espinoza uses roller skating as a break from parenting and is passionate about representation in skating.
Cody Hobbs said he opened Texas Skate because when he was a student, there was nowhere to buy skate gear. Since then, the skate shop has been a staple to San Marcos’ skate scene.

Held in New Braunfels for the last 58 years, Wurstfest is a 10-day festival honoring German sausage and beer. Thousands of people from all across the state travel to attend this big party.  Tickets are $15, but on certain days, admission is free for everyone.  There are many different food and drink booths set up with a […]

By: Jay Prather East Austin Studio Tour, EAST, is a free, self-guided event every year for two weekends in November. The event allows the public access to meet Austin artists in their creative spaces. This year East tour dates were November 16-17 and 23-24, 12 p.m. – 6 p.m. each day. We had the pleasure […]

By Jorge B. Torres It seems that everyone is aware that Halloween is creeping on us around the corner. Just to get in the Halloween spirit, I will be taking us on a little adventure. I am sure everyone is familiar with the Texas Chainsaw Massacre. Oh yes, we are definitely going there, to the […]