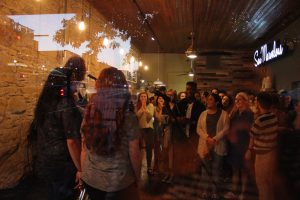 Video produced by Jennifer Alvord Costumes for a cause By Daniella Navarro SAN MARCOS— The PAWS Animal Shelter and residents of San Marcos supported the animals of Central Texas by attending Pet Fest on a Saturday in the fall. The festival, a free event full of booths and activities for both humans and their pets, […]