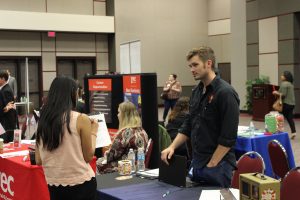 Pet Fest is an annual event to raise money for Prevent a Litter of Central Texas (Pals) at the San Marcos Plaza Park. It’s a free event to celebrate your pets and participate in dog races, contests, and a silent auction! Photo story by Jessi Spain  Audio story by Ryan Horky  Video story by Danielle […]

The Easter Festival took place on April 16, 2017. This event is hosted by Omega Delta Phi ever year, and this year was the 15th year. This festival provides free food, free activities, and free prizes to anyone in the San Marcos community. Many volunteers consist of students from organizations at Texas State University.