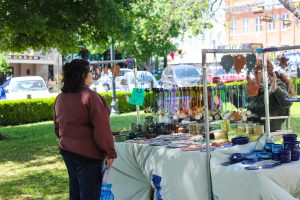 Austin’s Pet Friendliness is on the Rise During Pandemic

Outdoor seating areas at Austin restaurants have long been popular with the residents and their dogs. With the COVID-19 pandemic, those spots are in high demand as one of the few places people trust to leave their homes and bring their pets along. Kate, a hostess at Kerby Lane, has seen many people opting for […]