The people of the community gathered this past Saturday, October 19 to celebrate the seventeenth annual PALS. The event was held at The San Marcos Plaza by Prevent a Litter of Central Texas or PALS. PALS mission is to assist local shelters with pet adoptions and local rescue groups, and to promote positive (or accountable) pet ownership. PALS is also passionate about continuing their efforts to have zero pets left in shelters, to instead be placed in good homes. And to raise awareness of the important issue for the need to care and fix pets like spayed and neutered. “We save pets’ lives through spay and neuter,” said by the representatives of PALS. The family-friendly event, Pet Fest was established to bring awareness to the local community about the lack of pets with homes, and to raise funds to help those in need to get their pets fixed and healthy. Positive impacts have been made and minds have been changed due to the efforts from organizations like PALS.  For more information, visit http://preventalitter.com/pet-fest/ 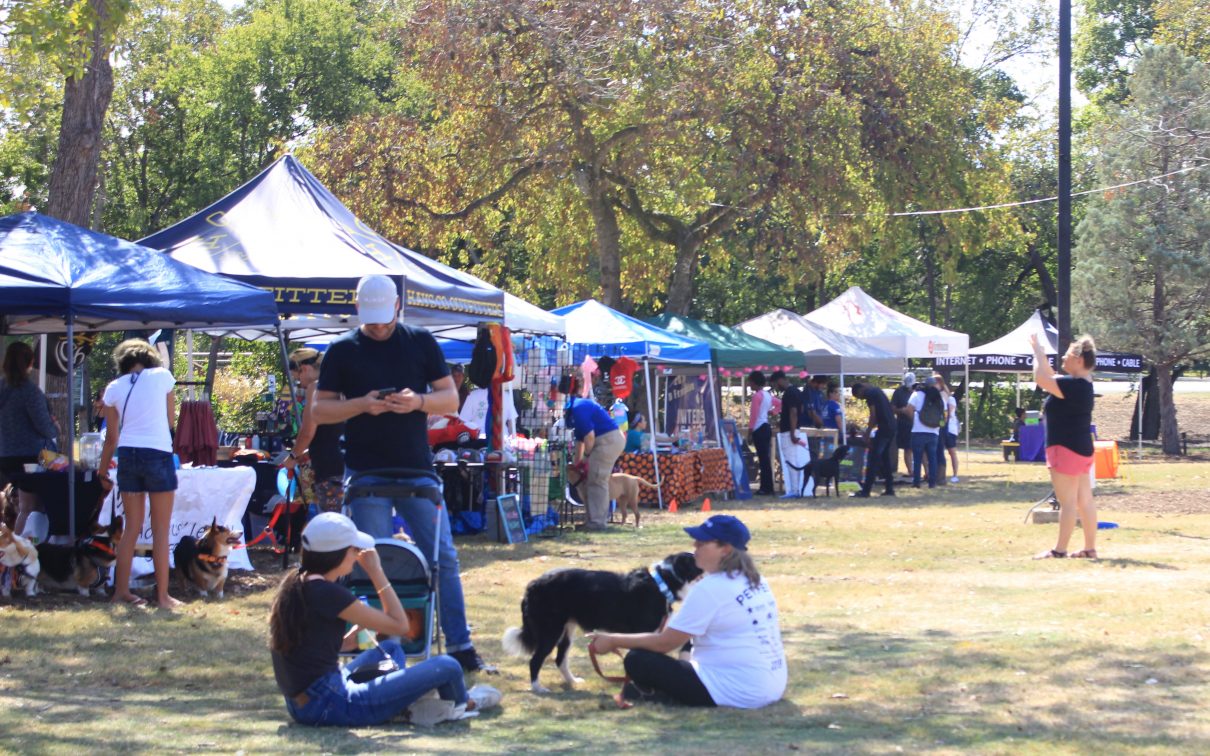 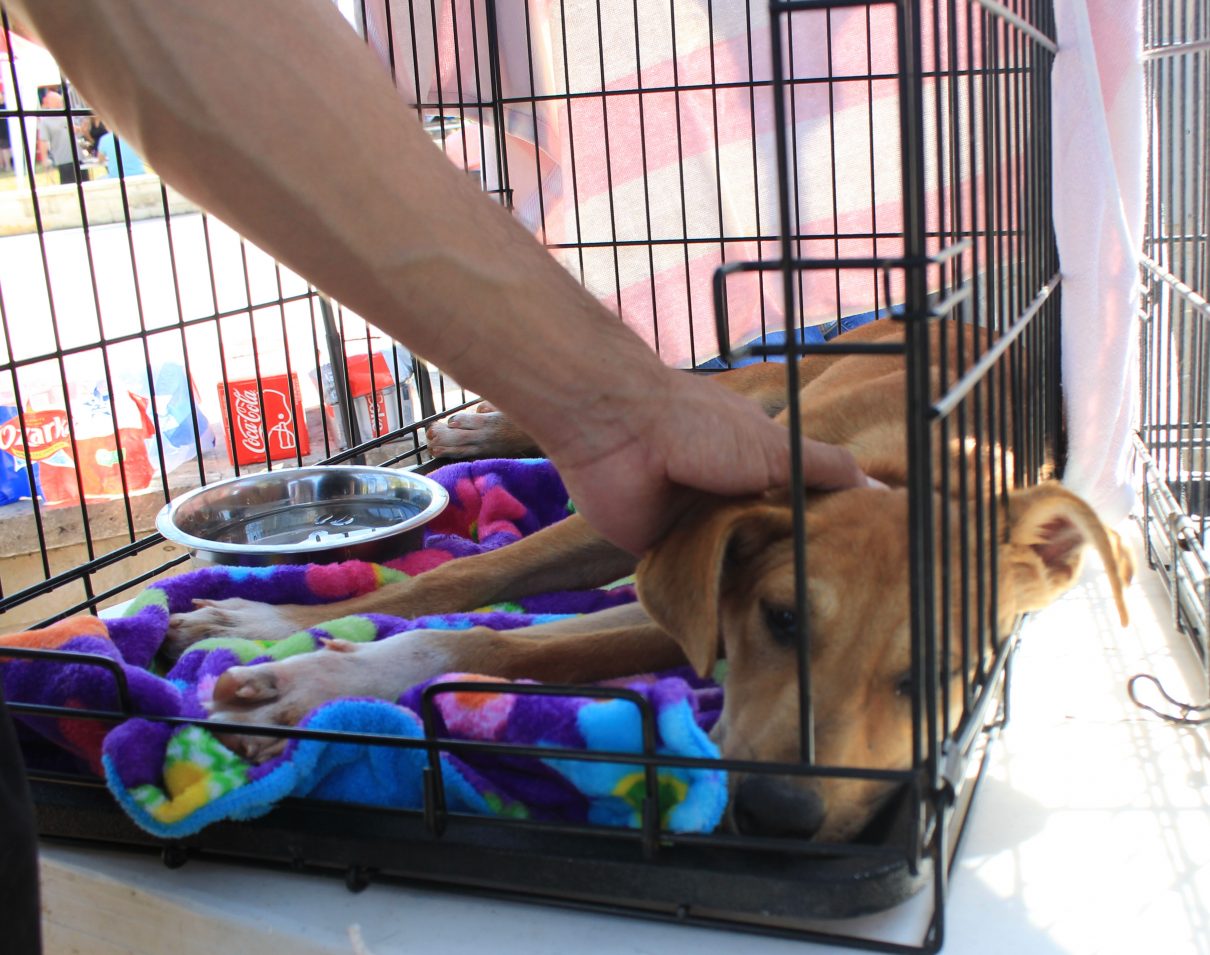 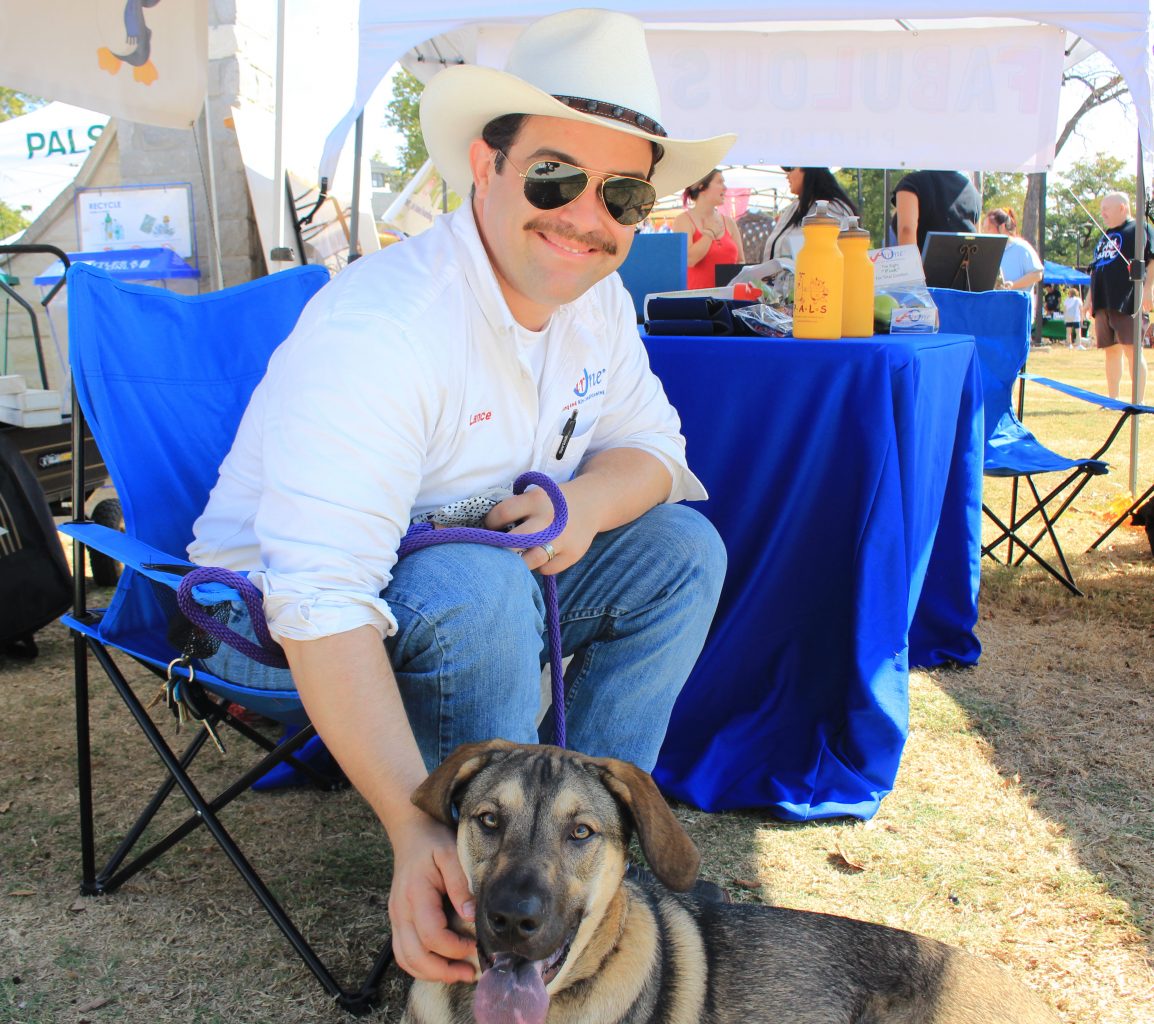 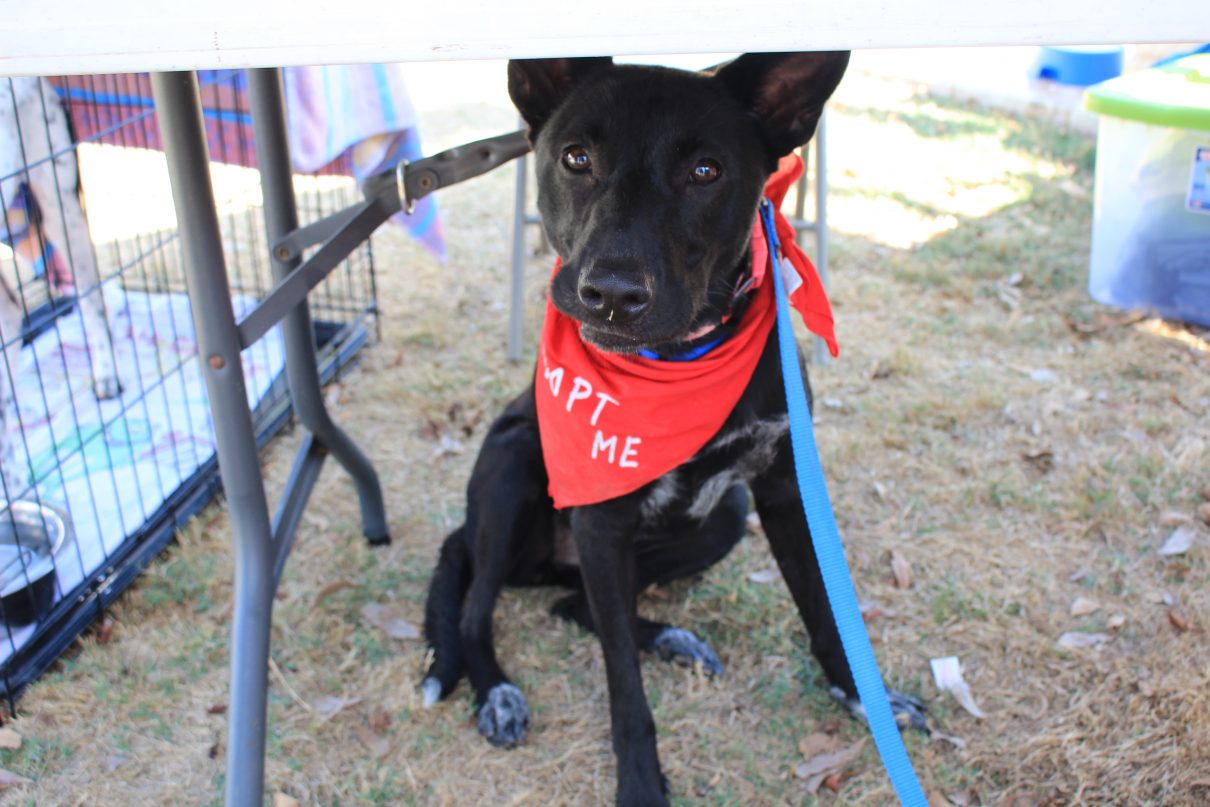 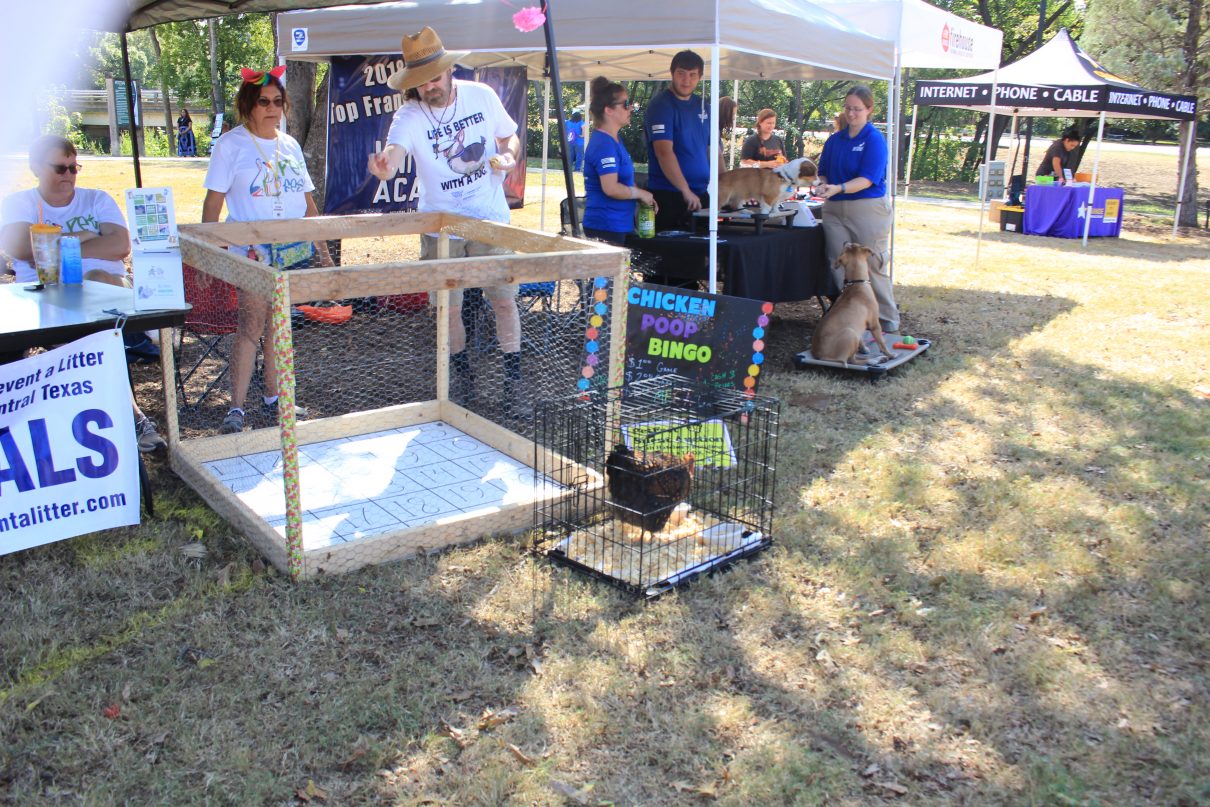 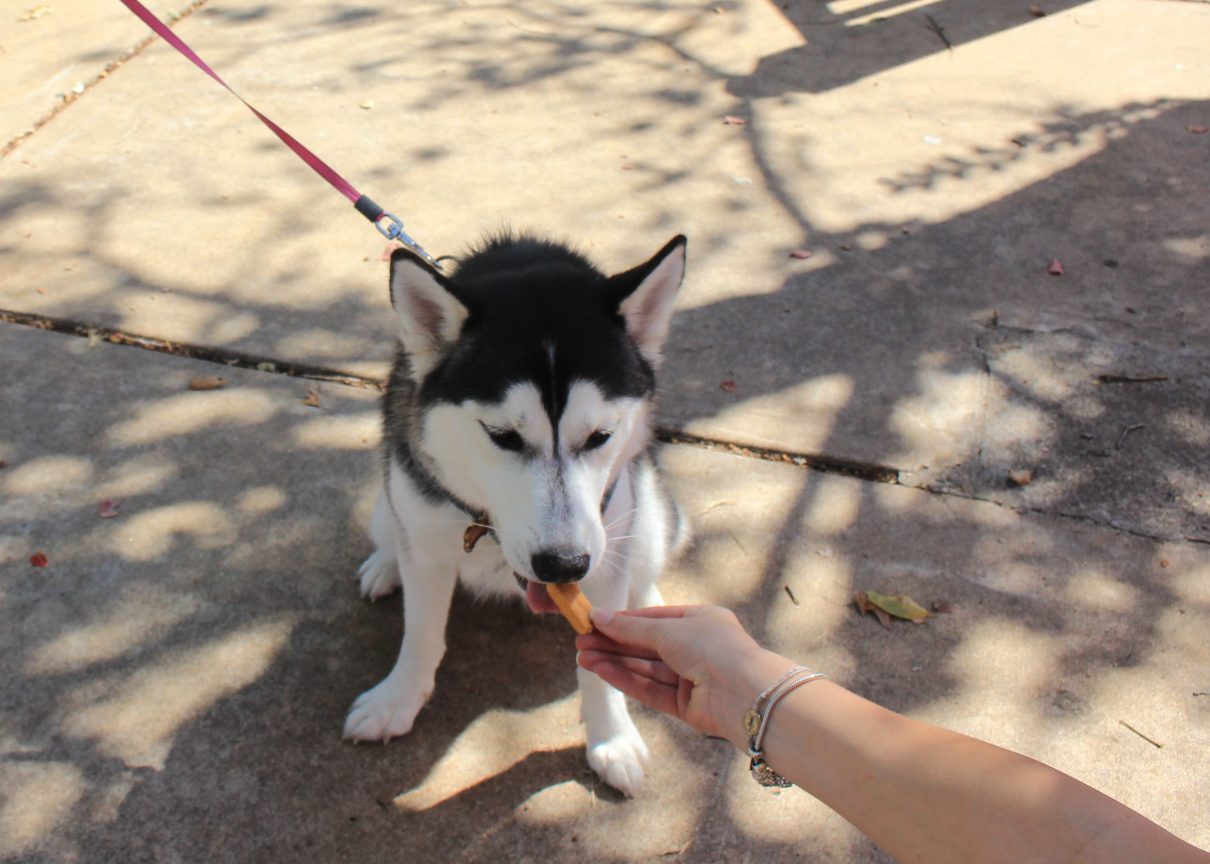 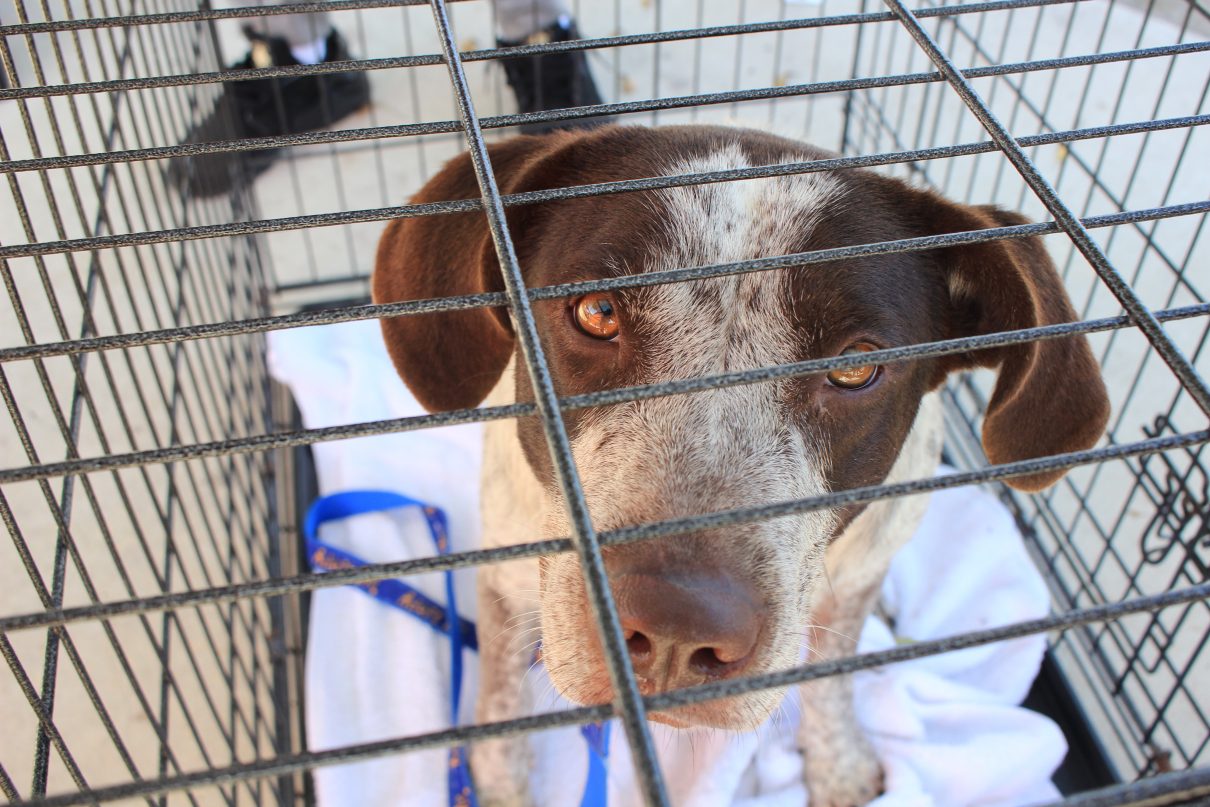 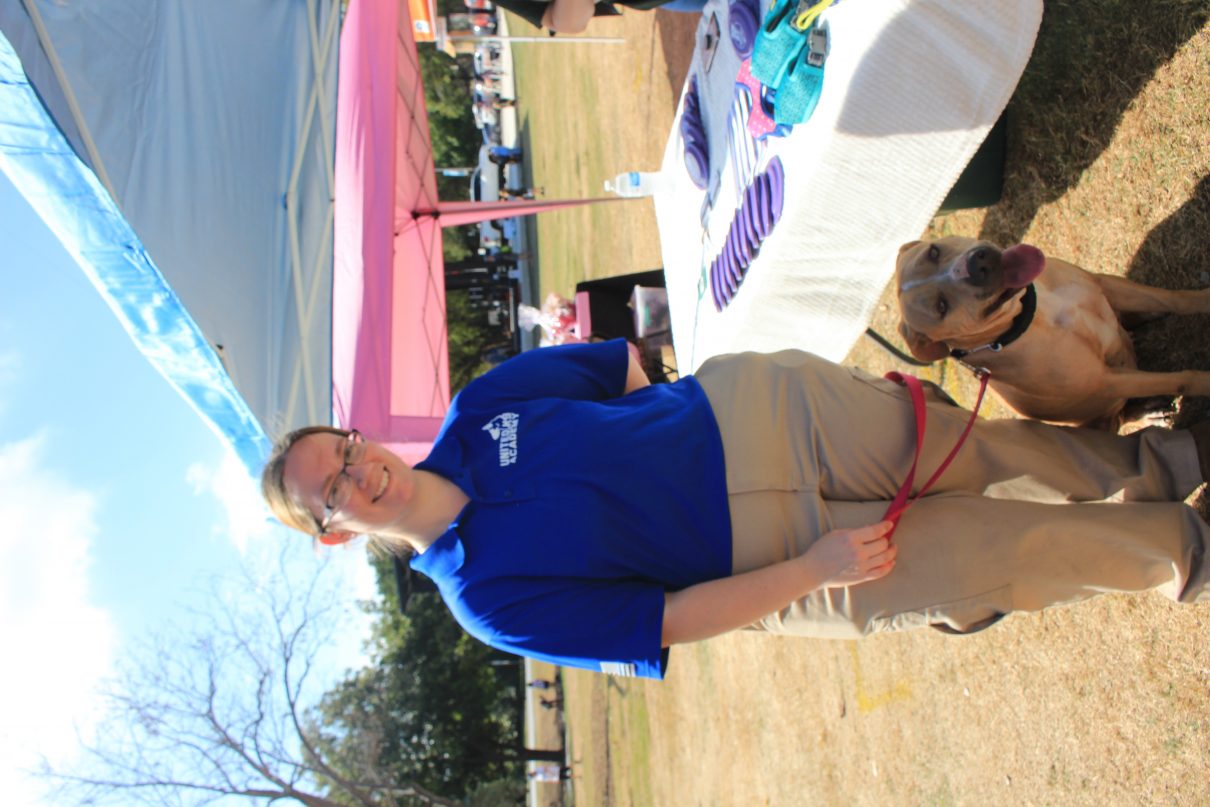 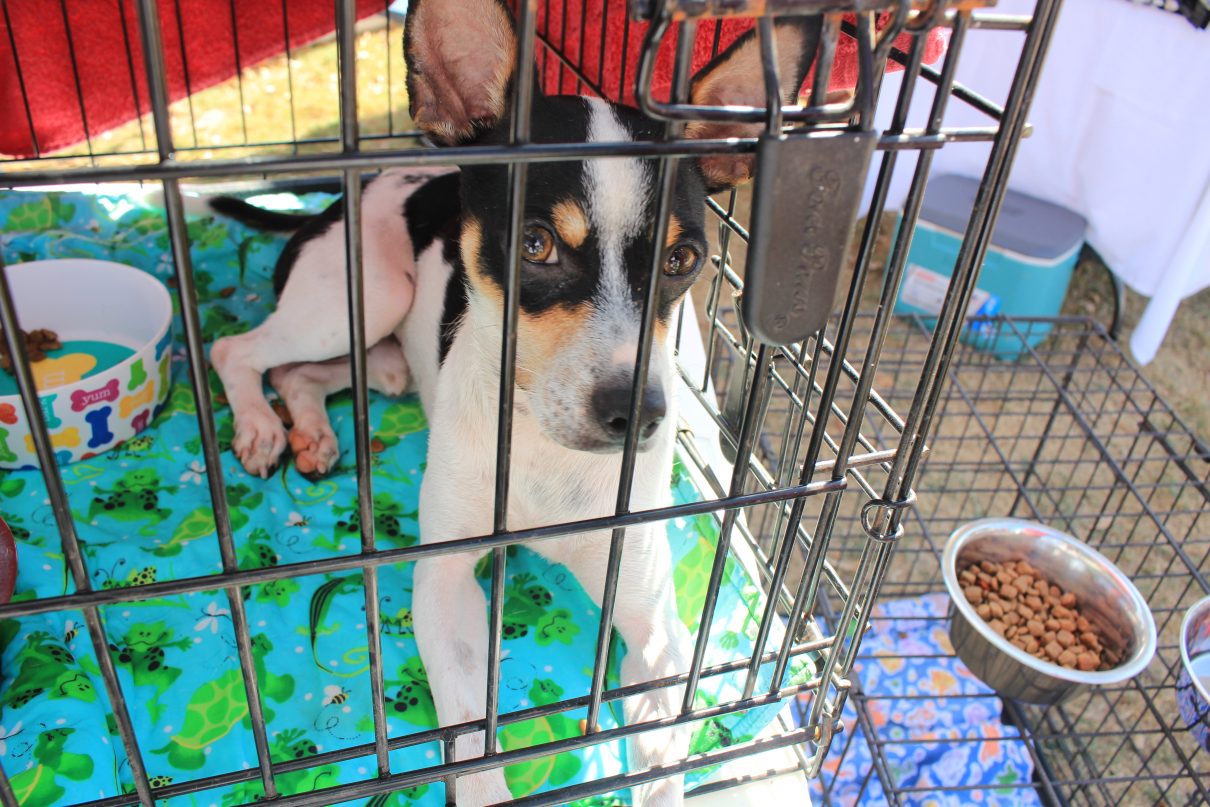 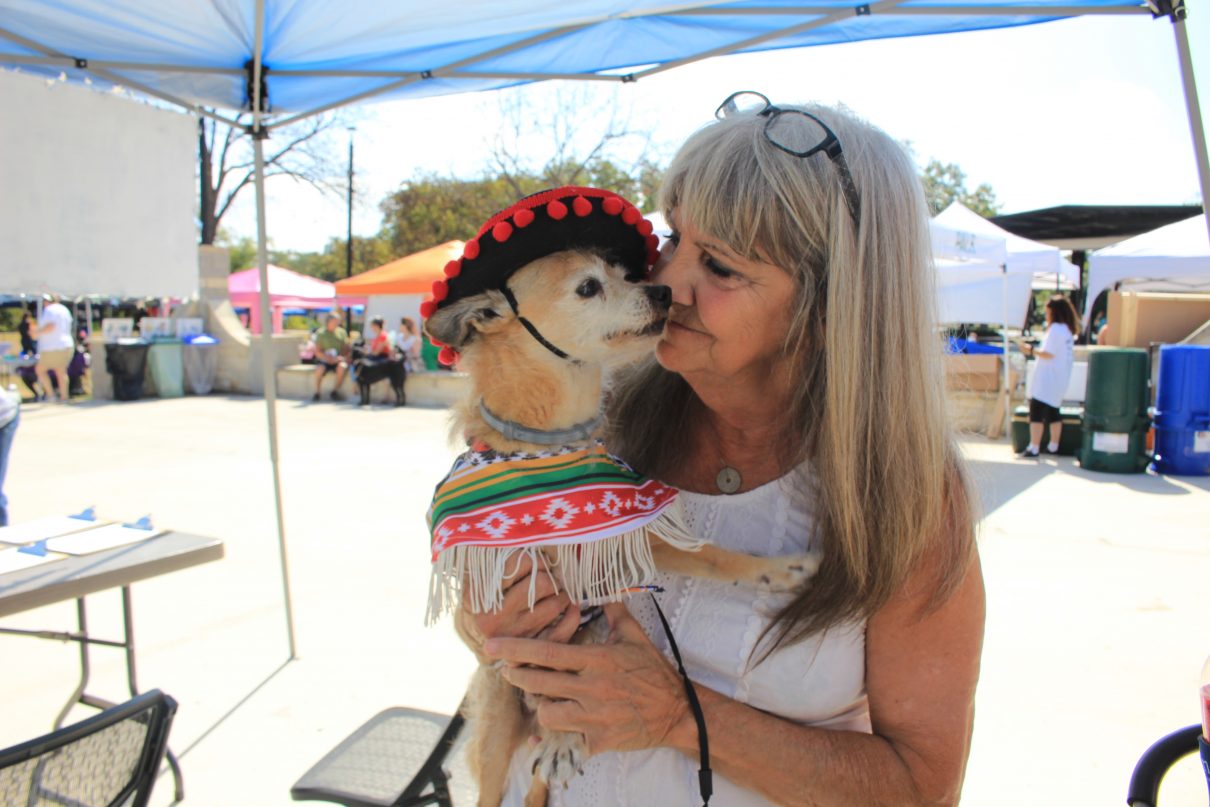 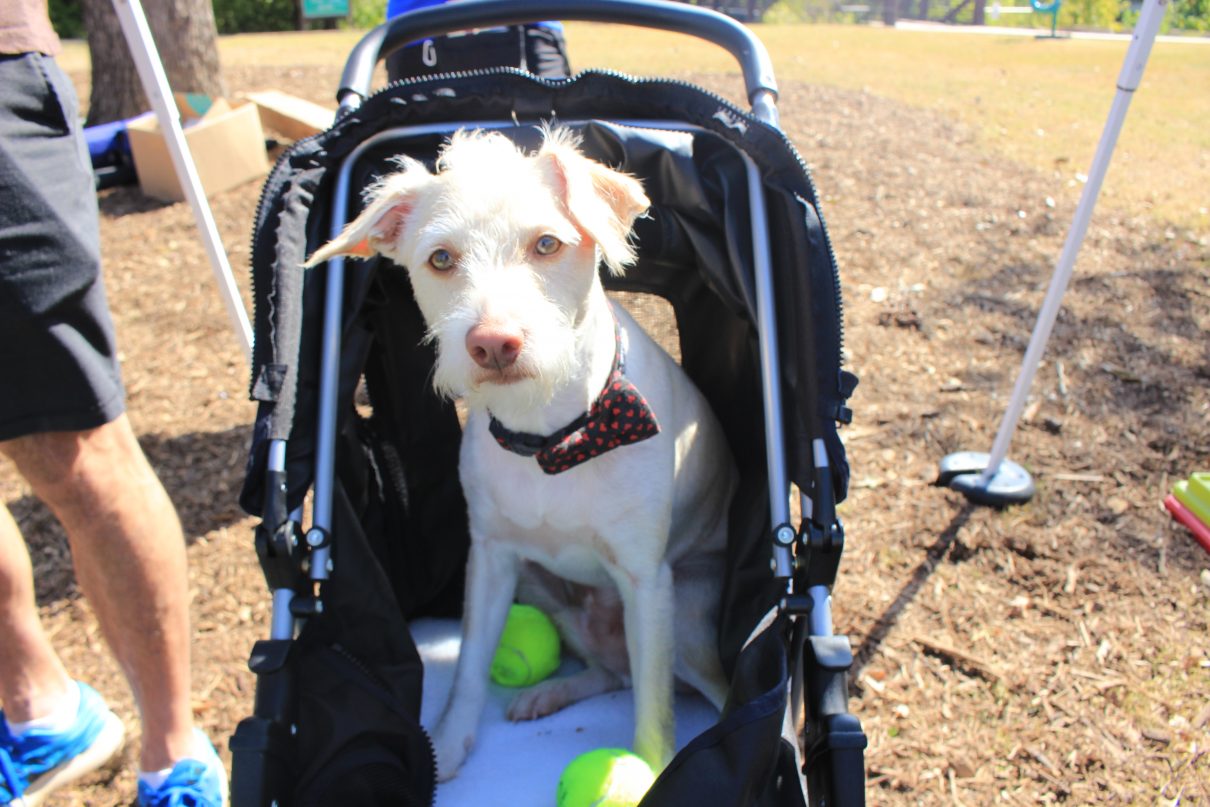 Pet fest has a large amount of vendors who come out and put up tents to support the animal shelter. Most of the vendors would give away snacks or drinks for small donations to the local shelter.
Tara is only a few months old and has been in the shelter her whole life. She is very sweet, but she was very exhausted trying to find a home.
Lance adopted Hannah 2 years ago from the local shelter. He has enjoyed having her with him wherever he goes. She was very shy when he first got her, but now she is friendly and even loves belly rubs.
Luna was a 2-year-old mix breed who was excited to take photos. She was out and about at Pet Fest and loved the attention of anyone who wanted to give it to her.
Chicken poop bingo is played every year to raise money for the shelter. Community members bet on where they think the chicken will poop. All proceeds go to the animal shelter.
Bella is a 1-year-old pure breed husky who loves snacks, but was not a fan of the camera. She came with her two owners and her brother Oden, who is a 9-month-old pure breed husky.
Smilee is a male pointer/mix who fits his name very well. He is 6 years old and has been in the shelter for about a year. He enjoyed his time at Pet Fest, but was hoping someone would take him home.
Sarah adopted Goldie 2 weeks ago. Her kids have loved having Goldie around. Since she brought Goldie home, Goldie has had nothing, but smiles.
Nacho is 4 years old and ready to be adopted. He didn’t want to come out of his cage, because of how hot and sunny it was. However, he was not camera shy at all.
Buddy was only a few months old when he was adopted by Dona. She brings him to Pet Fest every year to support the shelters. Buddy’s costume this year was a pancho and Sombrero.
Jimmy came with his whole family and his tennis balls. He was adopted 5 years ago and loves to ride in his stroller around the park. Sometimes he even wears goggles when it’s windy.

Should we call them pets or mental health stabilizers?

Who’s Rescuing Who? A dog’s life might just ends your strife  By: Sabrina Fernandez Since the pandemic more and more people are having to learn new ways to remain sane during these trying times. One way that people are coping with the new normal is animals, more specifically pets. The emotional support that owning a […]