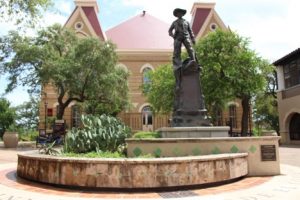 Where does the money go?

Students may have made this joke to their friends more than once after receiving their tuition bill but many never realize there is an answer to that question. The average cost of undergraduate tuition and fees for a student taking 15 credit hours at Texas State University is $5,110 for one semester for 2017. The average cost of fees alone is $1,235.05 which makes up nearly one fifth of students’ total cost.

Although the fees are intended to help pay for programs and services available for every student, some students wonder why the cost of fees is so high. “I feel like [tuition] gets higher and higher every semester. I wish I went to school for free,” said Ivanna Diaz-Opazo, a junior at Texas State. She relies on federal aid and loans to pay for her tuition. 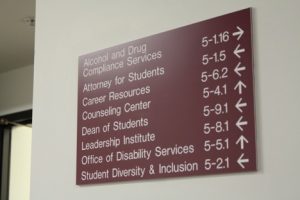 Since Texas deregulated tuition in 2003, the average cost of tuition and fees increased 83 percent as of 2010 and continues to rise. According to the Texas Higher Education Coordinating Board, universities report the increases have been largely beneficial because it allows them to offer more courses, improve services and programs, and maintain and improve facilities.

The Texas State University System’s Board of Regents must approve the budgets of all public universities, including any changes in tuition in fees. “Our Board of Regents in leadership of schools across the system are very aware of the impact the tuition increases have on students and families,” said Mike Wintemute, executive director of the Board of Regents. “And [they] try to keep those at a reasonable rate.” 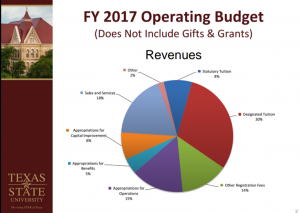 Students like Jennifer Burnham say they shouldn’t have to pay fees for programs they doubt they’ll ever use. “I’m annoyed with the [athletic fee],” said Burnham. “But that’s just how it goes when you’re in an American college. We care way too much about sports.”

According to the Texas State Budget Report, over half of Texas State University’s revenue comes from tuition and fees paid by students. Approximately 38 percent of revenue for the 2017 fiscal year comes from student tuition while 14 percent comes from fees. The remaining 48 percent is divided between appropriations, sales and services, and other miscellaneous sources.

Currently, the Texas legislature is considering a number of bills proposed by both Republicans and Democrats that would limit how much universities can increase their tuition and fees by. In recent years, states have decreased funding for public universities so placing limits on tuition could make it difficult for universities to maintain and improve the programs and services it provides to its students.

Wintemute said that with decreased funding from the state, the cost of maintaining quality education in universities depends more and more heavily on money from students and parents. “That’s a trend that’s not only happening here in Texas but across the country,” said Wintemute. “State legislators and policy makers and budget writers, over the past 10 to 20 years, have reduced state expenditures on higher education on a per student basis.”

Although the quality of programs and facilities at universities could be negatively impacted by tuition caps, some students don’t seem to mind as long as they don’t have to pay as much. 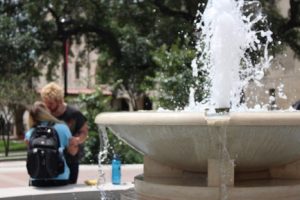 Two Texas State students share a kiss on the fountain in front of Flowers Hall. Approximately 15% of the total budget is spent on capital improvement projects intended to increase the overall value of the campus. Photo: Elizabeth Parrish

“So what if the quality of college goes down?” said Burnham. “I feel like we just sit in a classroom and listen to someone talk most of the time so I don’t see how it’s going to make anything worse.”

Diaz-Opazo said she has benefited from improvements Texas State University has made with money from student tuition and fees. “I do believe that they are improving so I’m glad that my money is going towards those things,” said Diaz-Opazo. “It is starting to look more like a bigger campus rather than something smaller.” 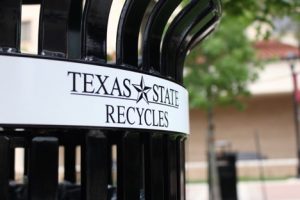 Students must pay a one dollar environmental services fee per semester that contributes to green initiatives like recycling and planting more trees. Photo: Elizabeth Parrish

Students get into the Bobcat Spirit for Homecoming

The 2019 Homecoming Spirit Rally was filled with food, fun and a lot of Bobcat spirit. The event was held in the student rec center on Thursday, November 7 at 12pm. Before the spirit rally, there is a march from Old Main to LBJ featuring our TXST band. Bobcats got a chance to hang with […]

The San Marcos Parks and Recreation Department hosted an evening of tricks and treats, pumpkins and sweets. The annual Farmer Fred’s Harvest Fall Carnival was held on Friday, October 26 from 6-9 PM at City Park. This carnival featured free games, prizes, candy, a children’s costume contest and much more, this event was fun for […]