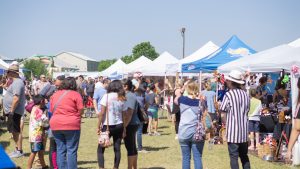 A New Leash On Life

Article by Maci Nelson As a Pit Bull advocate, it deeply upsets me that this breed makes up the largest percentage of dogs in animal shelters nationwide. The unfortunate reality for so many dogs of this breed is that there are hundreds of Pit Bulls in the shelters, making their chances of getting adopted immensely […]