The Bobcats defeated Texas Lutheran 103-45 on Tuesday night at Strahan Arena. Texas State controlled from the start as Senior Nijal Pearson made his first seven shots of the night. A 60 point win at home is a perfect start to the season as they look to build off the momentum. 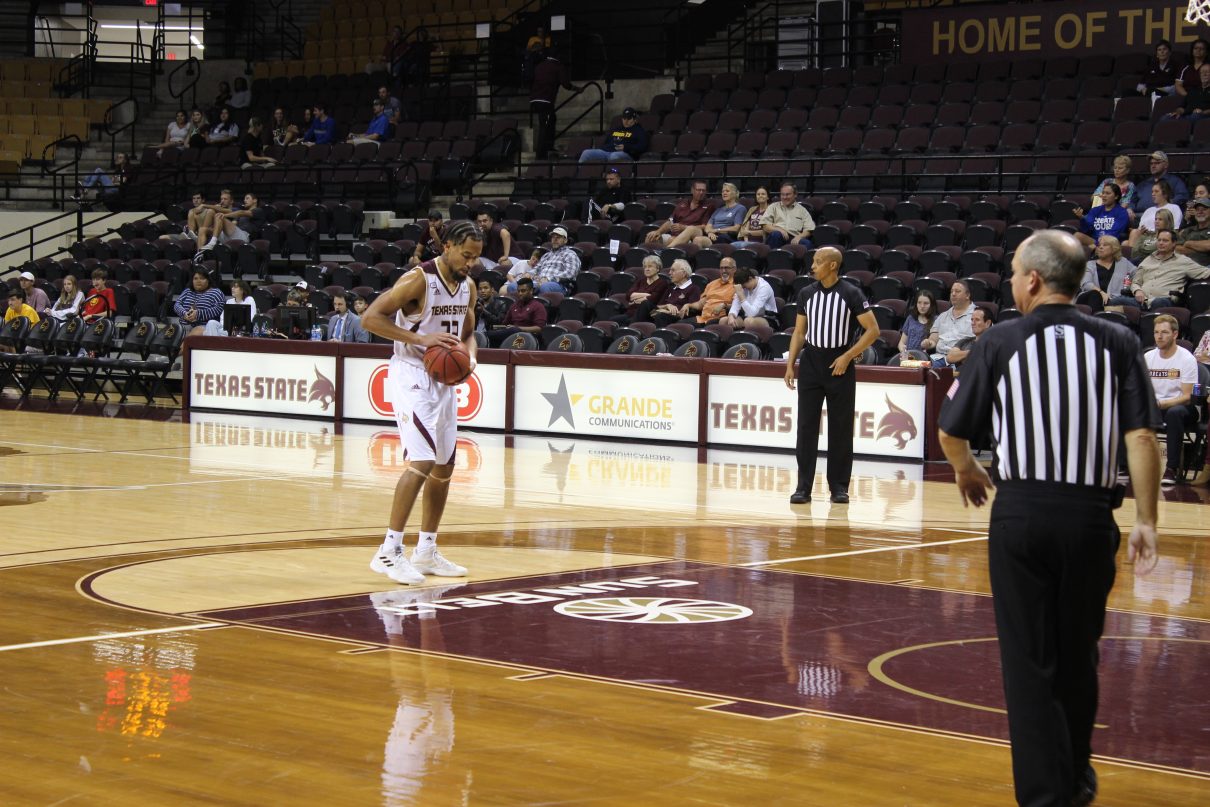 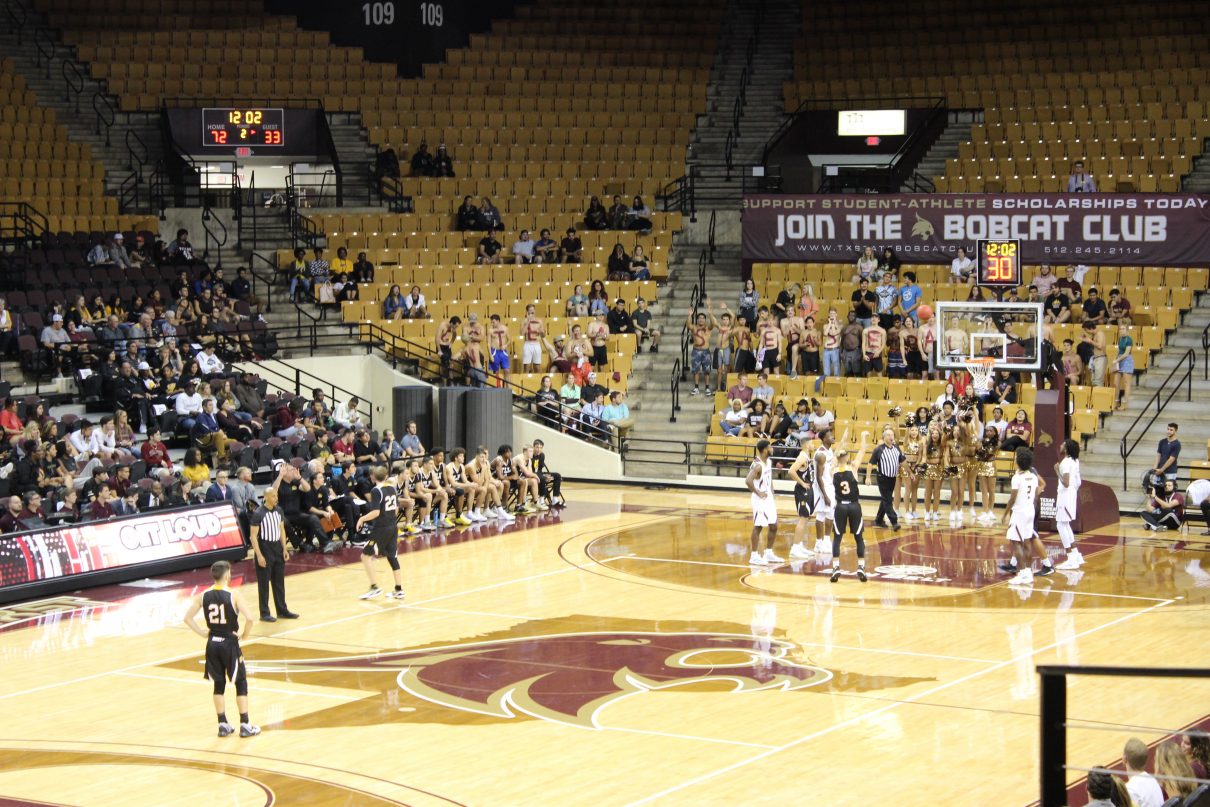 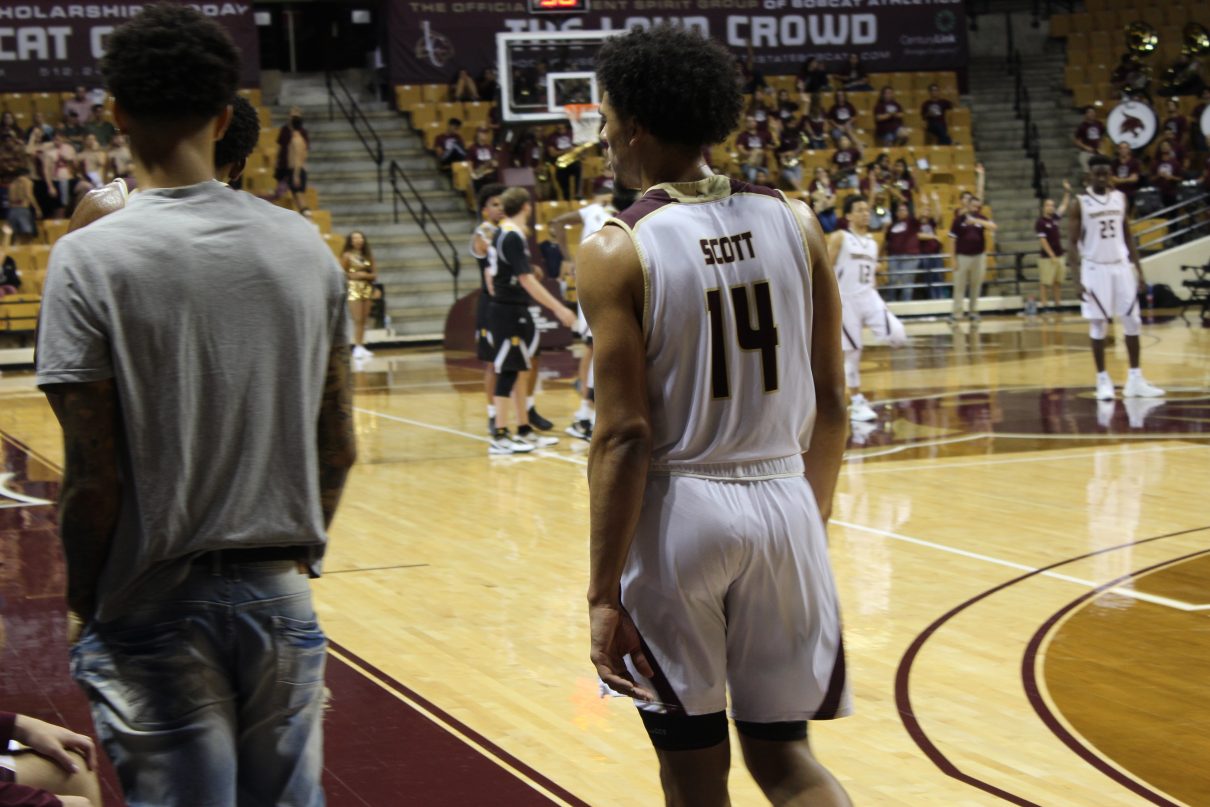 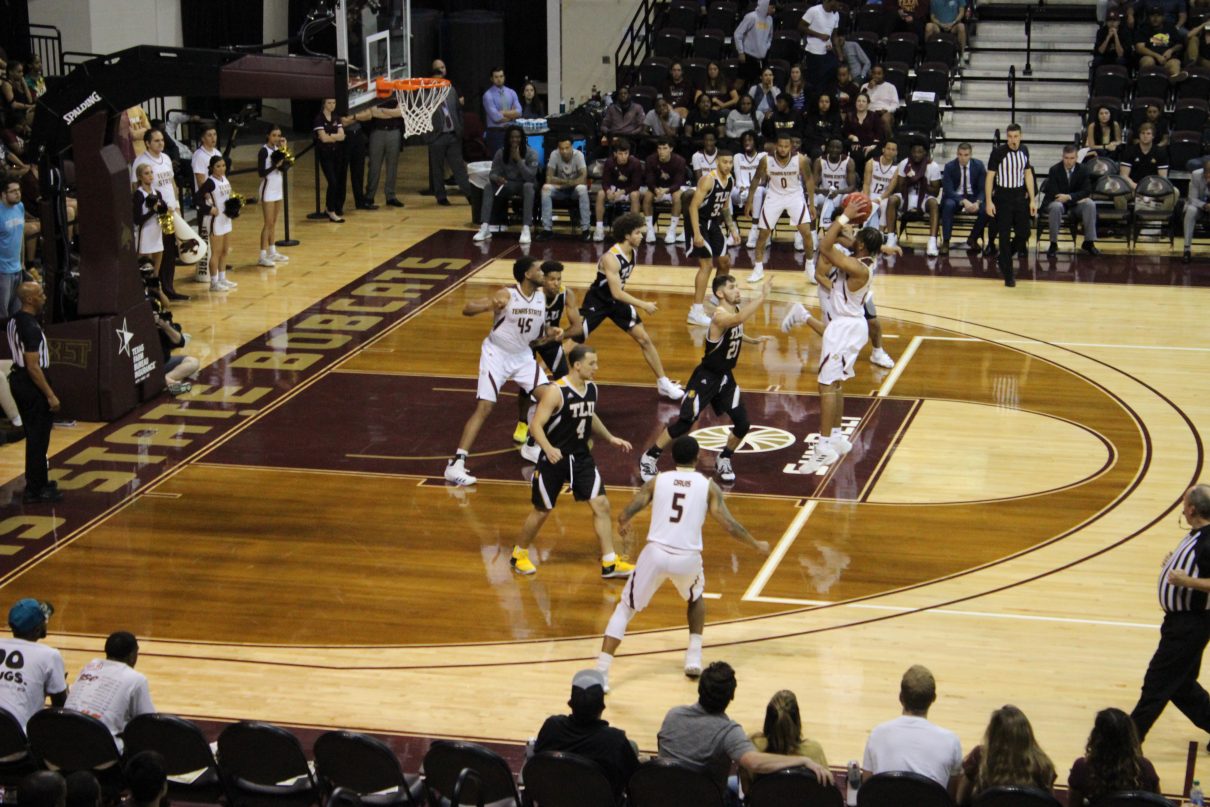 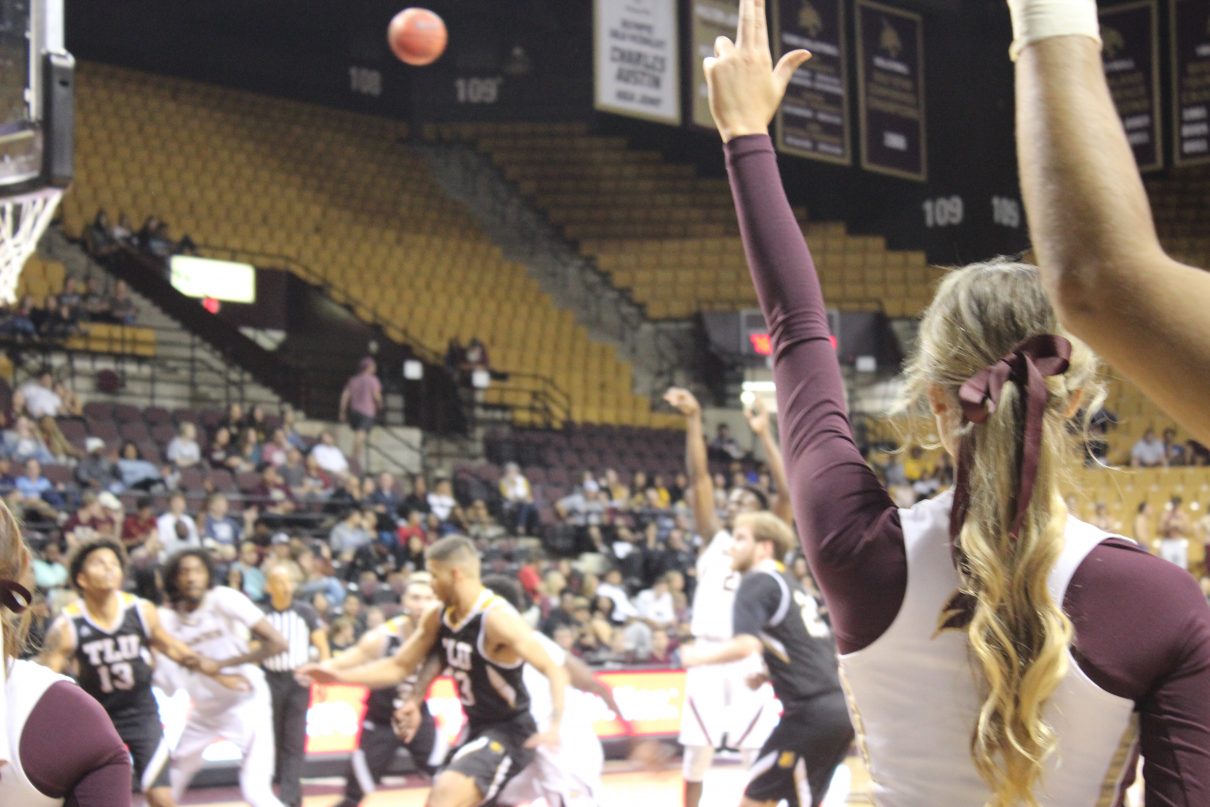 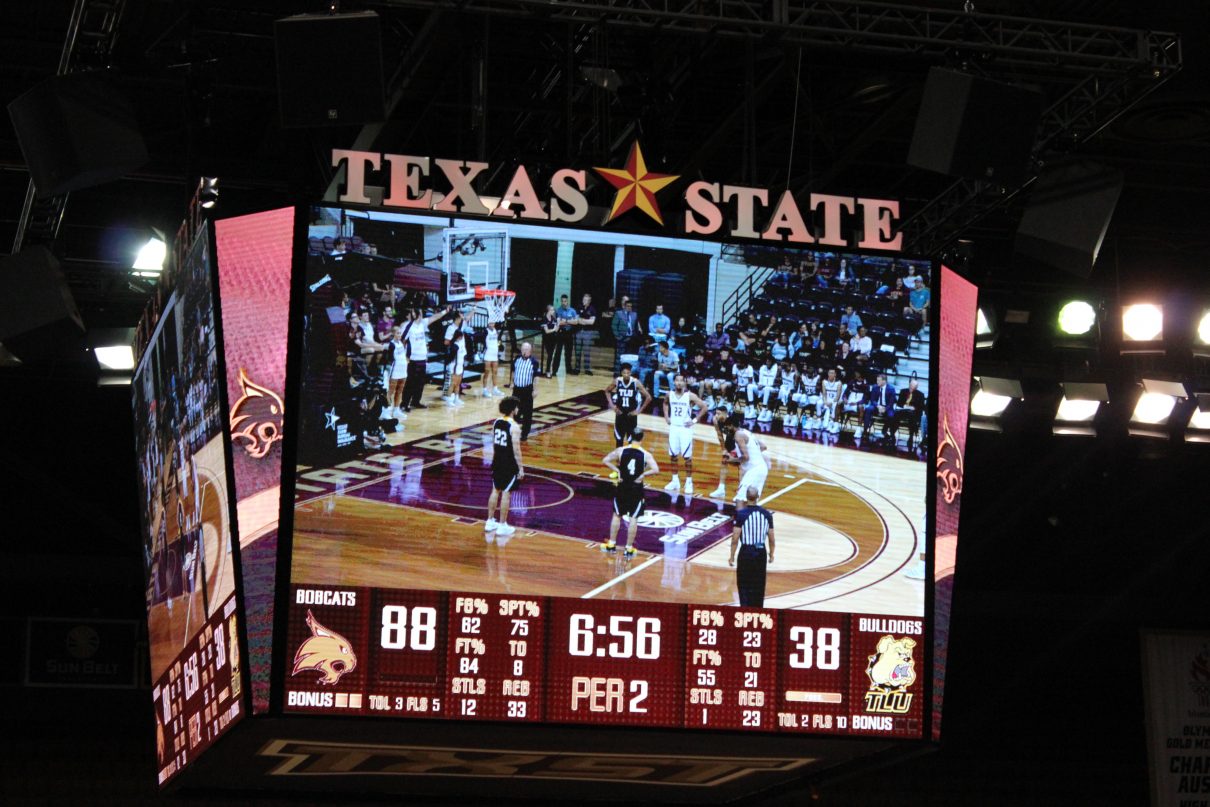 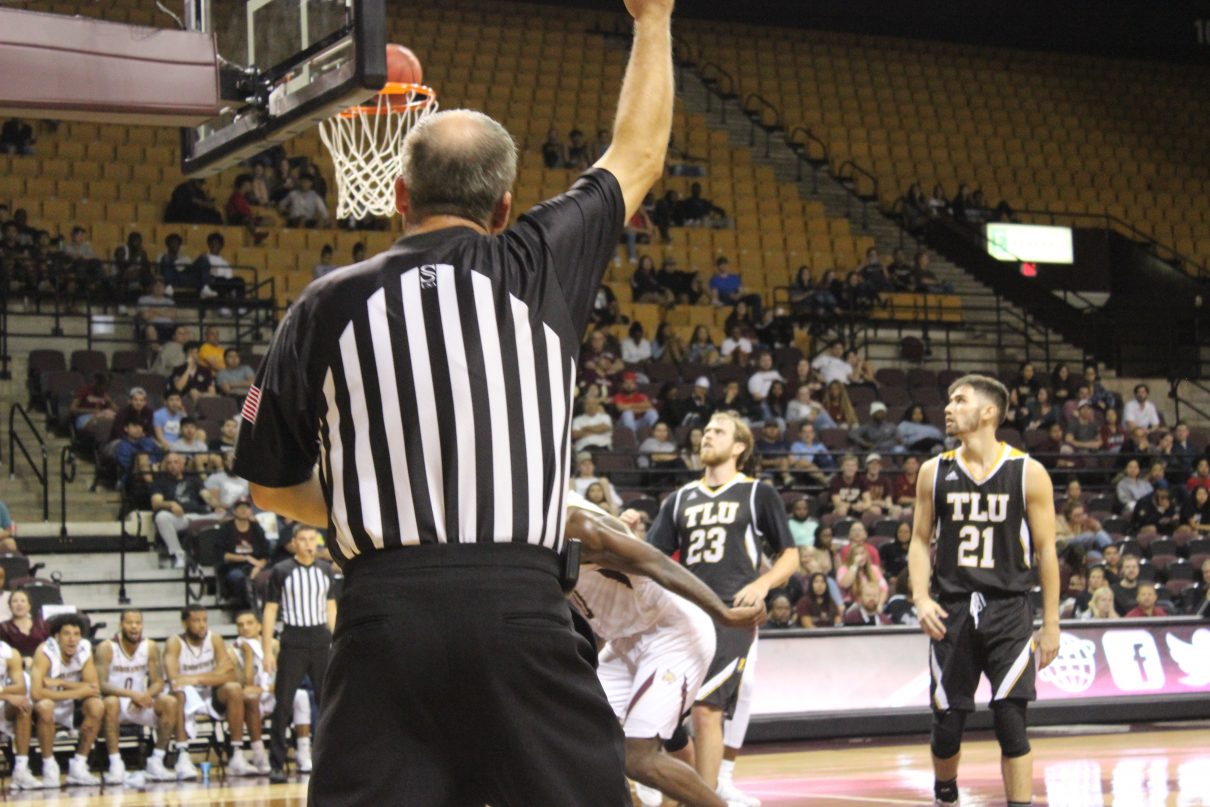 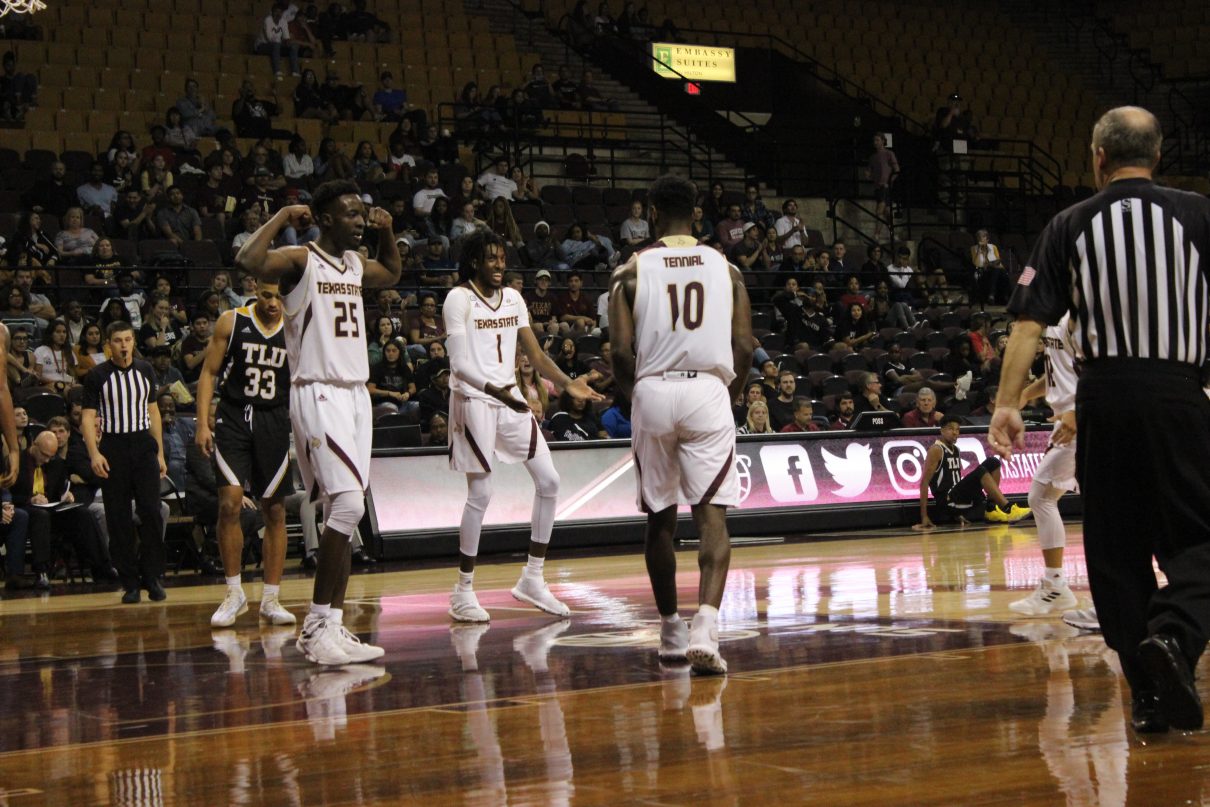 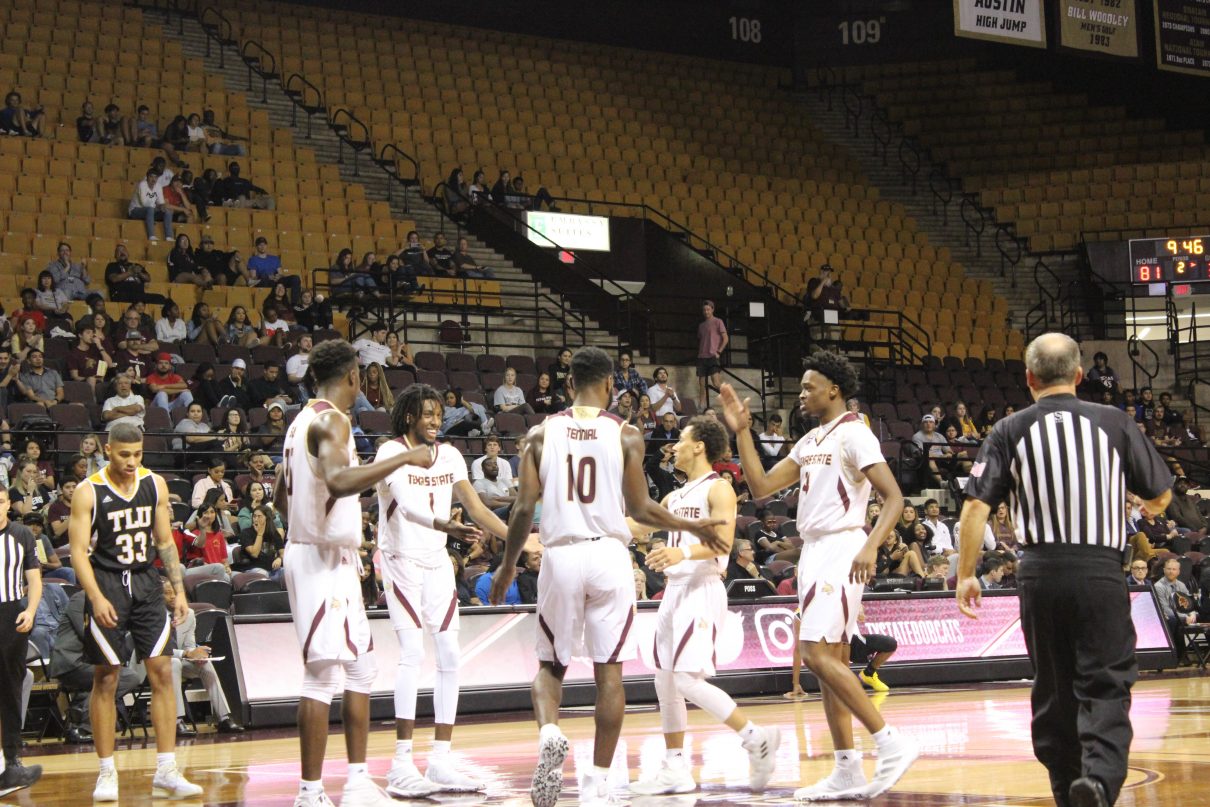 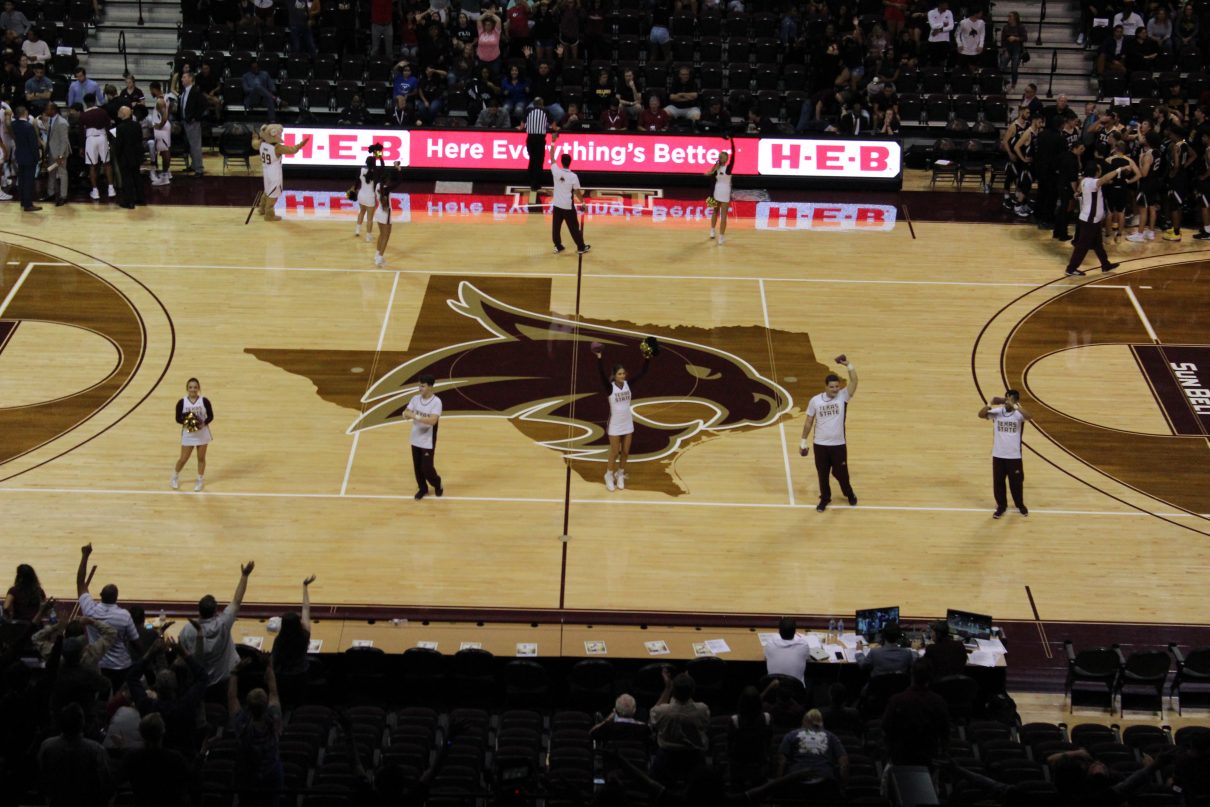 enior guard Nijal Pearson lines up a technical free throw in the first half of the game.
Texas Lutheran junior, Sebastian Andrade, shoots free throws as the Texas State student section yells from the bleachers.
Junior forward Quentin Scott heading to the bench to get a rest.
Nijal Pearson pulls up from the elbow and knocks down the jump shot to extend the Bobcat lead.
Texas State cheerleaders showing great energy as the Bobcats pull away.
The jumbotron at Strahan Arena showing a 50 point lead for the Bobcats with around seven minutes remaining in the game.
The referee calling a foul as the ball falls in for an and-one late into the second half of the game.
Junior Alonzo Sule flexing to celebrate freshman Drew Tennial’s basket.
All five Bobcats having fun being in complete control of the game.
Texas State cheerleaders throw shirts to fans at the end of the Bobcat blowout.

The Bobcats will go on the road and take on Air Force Saturday Nov. 9 at 3 p.m. To learn more about the upcoming games visit the Texas State website.

Changing the Landscape: Diversity and Inclusion in Texas State Theatre

By Lauren Jurgemeyerlauren.p.jurgemeyer@gmail.com@laurenpjurge8 SAN MARCOS, Texas— Texas State University’s theatre department has embraced diversity and increased inclusivity over the past decade to create ample opportunities for its current and incoming students. According to the department’s 2017 enrollment records, a total of 627 students were enrolled in the theatre department out of the total 38,666 students enrolled […]

Life in Quarantine for a Senior in College

By Zoey Alsbrooks Texas State men’s club lacrosse team hosts an alumni game every year to reunite with their old teammates. This year the game was held on Saturday, November 2, 2019, on campus at the Bobcat Soccer Stadium. There was a group of around 40 alumni that showed up to represent the old team. […]